The danger of silence

Bakita Kasadha talks to Clair Walton about how her life was changed by infected blood products in the first of a new blog series ‘The Last Chance for Justice’. 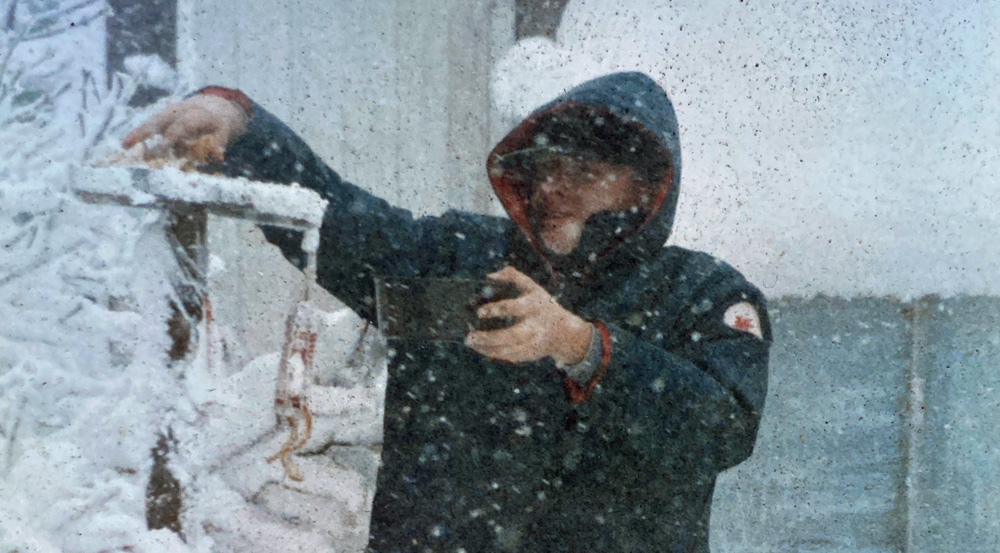 Terrence Higgins Trust is supporting those living with and affected by HIV as a result of the Contaminated Blood Scandal. During the 1970s and 1980s, blood products infected with HIV and hepatitis C were given to people living with haemophilia and other blood disorders. Thousands of lives were lost as a result and people continue to be impacted today.

In 2018 a public inquiry began into the Contaminated Blood Scandal. It is believed to have included the largest number of participants of any UK public inquiry to date.

Through these blog posts, we hope to amplify the experiences of a group of people who are less known, but are very much part of UK HIV advocacy. In these blog posts, you may read language that is less used within the wider HIV community. In many ways, this illustrates how unique their experiences are and how important it is that they are represented.

This is Clair Walton’s story.

Clair Walton and her husband Bryan were in their 20s when they found out he had contracted HIV through contaminated blood products. It was 1985 and they had recently married. 'It was the beginning of our life together. We had a set of hopes, of dreams,' Clair explains. 'It stopped our lives basically. It devastated our life.

'We basically bolted the door, put up the batons and remained silent with very few people knowing about it. It also stopped us [from] having children.'

Clair was HIV negative when her husband was diagnosed, but became HIV positive two years later. 'Not only did [the women] become infected, like the haemophiliacs that became infected, but we cared, we loved, and we nursed our husbands. In my case, ‘till death us do part.'

When her husband became seriously ill, the couple reached out to the Macfarlane Trust. In the late 1980s, the government-sponsored charity was set up to financially support patients with haemophilia who had been given contaminated blood products. However, 'rather than support us on a monthly basis with some financial support,' Clair says, 'they decided to take the mortgage off [of] us and invest in our property. I was then shackled to them until 2019.'

The Trust provided an equity loan to the couple, meaning it would accrue tens of thousands of pounds worth of profit if Clair and her husband ever sold their home. Clair describes it as 'the biggest thing I had to fight for in the 33 years of living with HIV.'

Bryan never got to see this though, as he had died decades earlier. 'When I left the hospital in Oxford when he died in 1993, I thought "who’s going to look after me?"

Clair wasn’t taking medication at the time and was exploring holistic care. 'I was young, I was fit, 10 years into living with HIV, I was doing yoga.'

The reason I gave evidence is because I knew that would go in somewhere. It’s going to be there, in my archives.

Some years after her husband’s death, Clair visited Positively UK (known then as Positively Women). She recalls walking through a door 'to all [of] these women, who were positive too, with children and it was totally different. But up until that time, I was completely isolated.'

Clair was admitted to hospital 16 years after being diagnosed and started medication. She had been in a new relationship that 'devastated me and after that I became quite ill. I think that that was a trigger.'

At the time she was a masters student at the Victoria & Albert Museum and the Royal College of Art. However, her place was terminated when she didn’t complete her work. With the help of the UK Coalition of People Living with HIV and AIDS, she fought for her place back on the course – but didn’t get the support she needed. 'I’ve never been able to get that momentum back and it’s really knocked my career in that respect and it’s something I’m interested in sharing within the heritage and culture sector now.'

Since then, Clair has joined the ICON (Institute of Conservation) Diversity & Inclusion Task and Finish Group to advocate for people with health conditions and how the sector can improve their access and retention.

Clair believes it was her years as an archive conservator that kept her going. Shortly after her diagnosis she became the first Archives Conservator at the Shakespeare Birthplace Trust. The first since it was founded in 1847. The role involves 'taking the past, from the present, into the future' by holistically caring for books and other documents. She also ensured the environment these documents were kept in were suitable for preservation.

'The reason I gave evidence both orally and written [at the inquiry] is because I knew that would go in somewhere. It’s going to be there, in my archives. I’ve spent my whole life caring for the archives of people – all sorts of people - from Shakespeare to Sir Walter Raleigh... very famous people to ordinary people. I kept their archives and cared for their archives because it’s history and I want to see our archives and our history.'

Around the same time the inquiry began, Clair had started a PhD at the Birmingham School of Art focusing on the silencing of women and HIV. 'It’s a very dangerous thing to actually silence people. It was very beneficial for those who wanted us silenced. Like governments, the Department for Health, those that had allowed the importation of contaminated blood products into this country.'

Clair was unable to complete her PhD, because of her dedication to HIV advocacy. At the time, 'there was a real momentum with the inquiry and holding Macfarlane Trust to account.' After giving evidence, Clair 'felt very relieved.' She believes that she shouldn’t have had to come out but 'this scandal has existed and festered for so long because so few people will speak out around HIV'.

For Clair, justice for women like her means 'acknowledgement that it happened. An acknowledgement of the women that were ignored in this. It’s not just telling the story of me and what’s happened to us in this community, it tells the story of so many people who were HIV [positive] at that time… and how we were treated back in the 1980s. To treat a group of people [like that] because of their condition is outrageous. It’s all kinda swept away. The story needs to be told.'

Bakita Kasadha is a writer, researcher and activist living with HIV.

A life in two-year chunks

Bakita Kasadha talks to sixtysomething haemophiliac David about a hamster-wheel life and living with HIV as 'a very annoying neighbour'.
END_OF_DOCUMENT_TOKEN_TO_BE_REPLACED
Image
Image