An HIV Action Plan worthy of its name

Our campaign to ensure the Government publishes a robust and comprehensive roadmap to ending new cases of HIV by 2030.

In January 2019, the Westminster Government committed to ending new cases of HIV in England by 2030. This was followed by a landmark report by the national HIV Commission on what needs to happen to make this goal a reality. The Commission’s extensive report calls for routine testing for HIV across the NHS through an ‘opt-out’ system that means anytime blood is taken someone will be automatically tested for HIV.

There are an estimated 6,700 people living with HIV in the UK who remain undiagnosed - stepping up HIV testing is therefore crucial to achieving the 2030 goal. Meanwhile, people living with HIV continue to experience stigma and discrimination, often resulting in higher rates of poor mental health including depression and anxiety. If we are to end the HIV epidemic in the UK, it’s vital everyone living with HIV can enjoy healthy and fulfilling lives.

The Westminster Government is now writing its new HIV Action Plan which will set out how it plans to reach the goal by the end of the decade. Ministers promised to use the recommendations of the HIV Commission report to inform this plan but we need to see these words turn into deeds.

This is a crucial moment in the course of HIV in the UK and we only have one chance to get this right. To get there we need an HIV Action Plan that is robust, comprehensive, and leaves no one behind.

We expect the Government to formally publish its HIV Action Plan in late 2021. This is a historic opportunity to end the HIV epidemic in the UK and we will be urging Ministers to seize this and make long-lasting and meaningful changes in the fight against HIV.

We'll be providing regular updates on this campaign as it progresses.

Our asks to Government

These asks are some of the main recommendations from the HIV Commission report and are a minimum of what must be included in the plan.

1. Funding for opt-out HIV testing across the NHS

When an individual presents at A&E, registers at a GP practice, and the NHS otherwise takes a blood sample, a test for HIV should be routinely undertaken unless the person chooses to opt-out. This is already standard practice within maternity units and has resulted in a near-elimination of vertical transmission of HIV in the UK.

At present this is only the case during National HIV Testing Week and otherwise dependent on local authority provision.

This drug is a game-changer in the fight against HIV but data from the NHS England PrEP Impact Trial showed only 4% of participants were not gay and bisexual men; that is despite heterosexual people accounting for nearly half of new HIV diagnoses.

PrEP provision should be negotiated into the Core GP contract, available in pharmacies (via a Patient Group Direction).

We need to raise awareness and increase access in all communities, but especially Black African communities, women, trans people and migrants, where awareness is currently lowest.

In 2019, 42% of all new HIV diagnoses were made at a late stage. This rises to over 50% among Black African heterosexuals.

Late diagnosis leads to worse health outcomes for individuals, potential additional onward transmissions, and avoidable costs to the NHS. These cases must all be investigated as serious incidents within the NHS to improve practice and support earlier diagnosis.

6. A new campaign against HIV stigma

The Don’t Die of Ignorance campaign undoubtedly saved lives. However, it has also tainted public awareness and understanding of HIV in modern times. HIV is no longer a death sentence and now advances in medicine mean that 97% of those with HIV on treatment are virally suppressed or ‘undetectable’, which means they can’t pass the virus on.

Ongoing stigma impacts people living with HIV, including in employment, their access to services and relationships. It remains a stubborn barrier to testing for HIV. As well as a new anti-stigma programme, it’s also vital new Relationships and Education lessons in England provide young people with accurate and up-to-date information about HIV.

7. Mental health support available for those living with HIV

People living with HIV are twice as likely to experience poor mental health than the wider population, including depression and anxiety. Despite this, access to mental health support remains inconsistent and generic services do not suffice. All HIV clinics need access to a psychological or mental health professional within their multidisciplinary teams.

Governments in Wales and Scotland have also made pledges to end new cases of HIV by 2030 – something which we welcome. We’re asking governments across the UK to work together, pull resources, and help turn the dial on HIV. 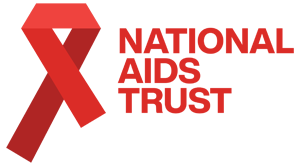