The artist explores national identity in a new artwork for our charity auction, saying 'Brexit is my muse'. 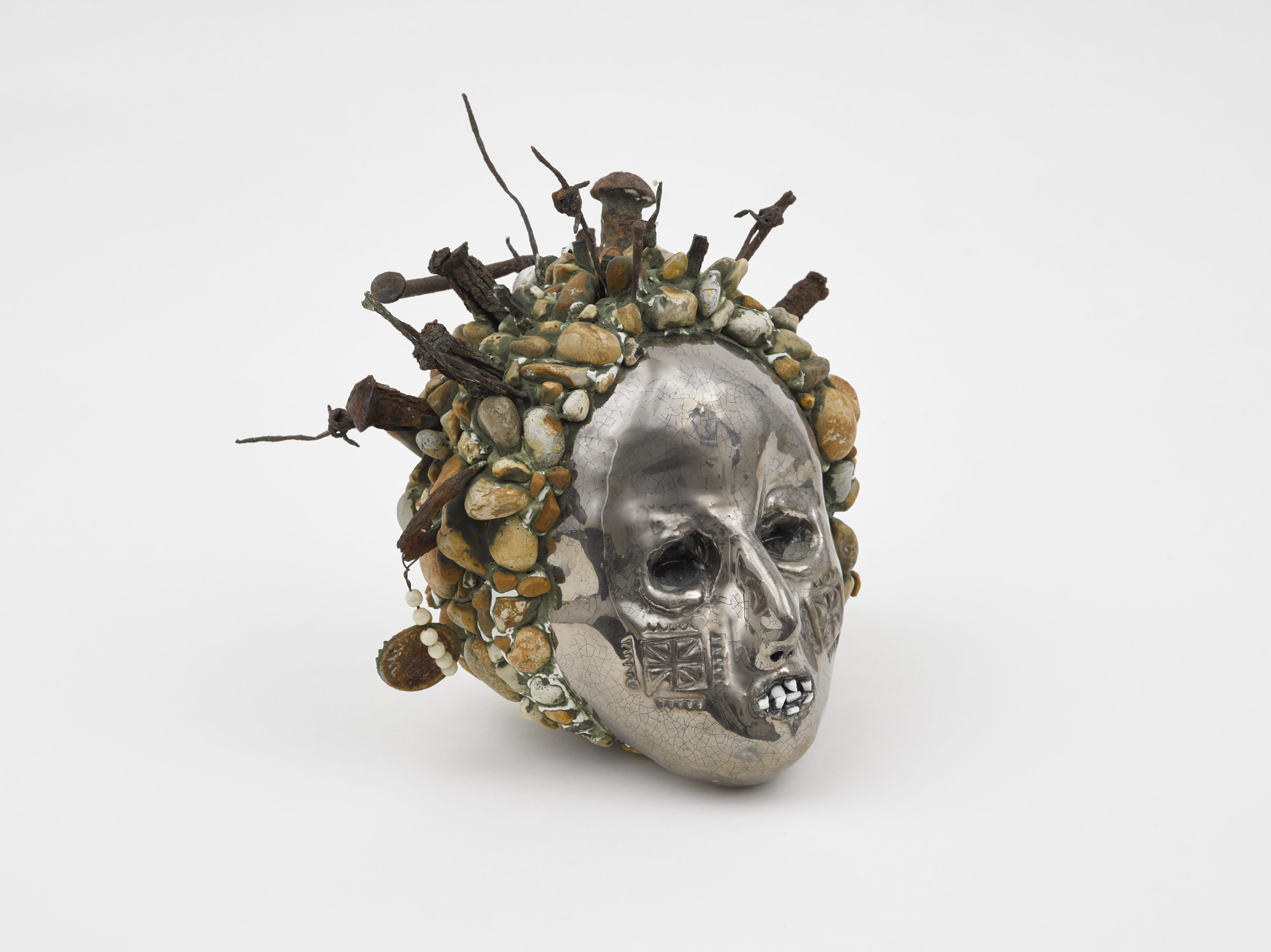 Brexit is dominating the headlines, our conversations and social media feeds, which is why it should come as no surprise that it’s the inspiration behind Turner Prize-winning artist Grayson Perry CBE’s latest work Restituted British Head.

The iron and ceramic sculpture grapples with the idea of restoring Britain to its former greatness – examining notions of national identity, colonialism, industrialisation and what it means to be British as we approach Brexit.

Perry has donated the piece to leading HIV and sexual health charity Terrence Higgins Trust. The sculpture will go under the hammer at Christie’s auction house in London on Monday 15 April to raise vital funds to support people living with HIV and impacted by poor sexual health.

In 2008, Perry’s Head of a Fallen Giant was a nostalgic observation on the changing face of the UK and was encrusted with representations of Britain, such as the union flag, routemaster bus and the Queen.

This latest piece is a continuation of that work with similar maritime and nationalist iconography as Britain stands on the cusp of leaving the European Union following the divisive referendum in 2016.

Two years ago, Perry unveiled his Brexit vases which feature crowdsourced ideas about what those on both sides of the debate love about Britain.

The vases – one for leave and one for remain – include bacon and eggs, walking the dog, teapots and going down the pub. Speaking at the time, Perry said the vases are ‘remarkably similar’ and show ‘we all have much more in common than that which separates us’.

On his latest piece, Grayson Perry CBE said: ‘Perhaps surprisingly, Brexit has been something of a muse for me – a big, messy source of inspiration. I’ve always been fascinated by national identity and why it’s so important to some and so unimportant to others.

‘Brexit and all that’s happened in the last three years has made us all think more deeply about ‘Britishness’ and Restituted British Head is an exploration of that – the good, the bad and the ugly.

‘Unlike some, I like to look forward and want to see positive change in the world, which is why I have been a long-time supporter of Terrence Higgins Trust. The charity’s work to tackle the stigma that still surrounds HIV is moving us towards a better, more tolerant society and I’m pleased my work can be a part of that.’

Terrence Higgins Trust is the UK’s leading HIV and sexual health charity. It focuses on ending new HIV transmissions in the UK, enabling people living with HIV can live well and ensuring good sexual health is a right and reality for all.

Terrence Higgins Trust’s charity auction is on Monday 15 April at Christie’s in London and will raise vital funds to support people living with HIV and affected by poor sexual health.

Join us at Christie's on Monday 15 April

We've published much-needed guidance on having sex while managing the risk of COVID-19 as the coronavirus pandemic and resulting social distancing continues.
END_OF_DOCUMENT_TOKEN_TO_BE_REPLACED
Image
Image