We speak to 23-year-old Marlon, who was inspired by It's A Sin to post videos on TikTok about living with HIV. 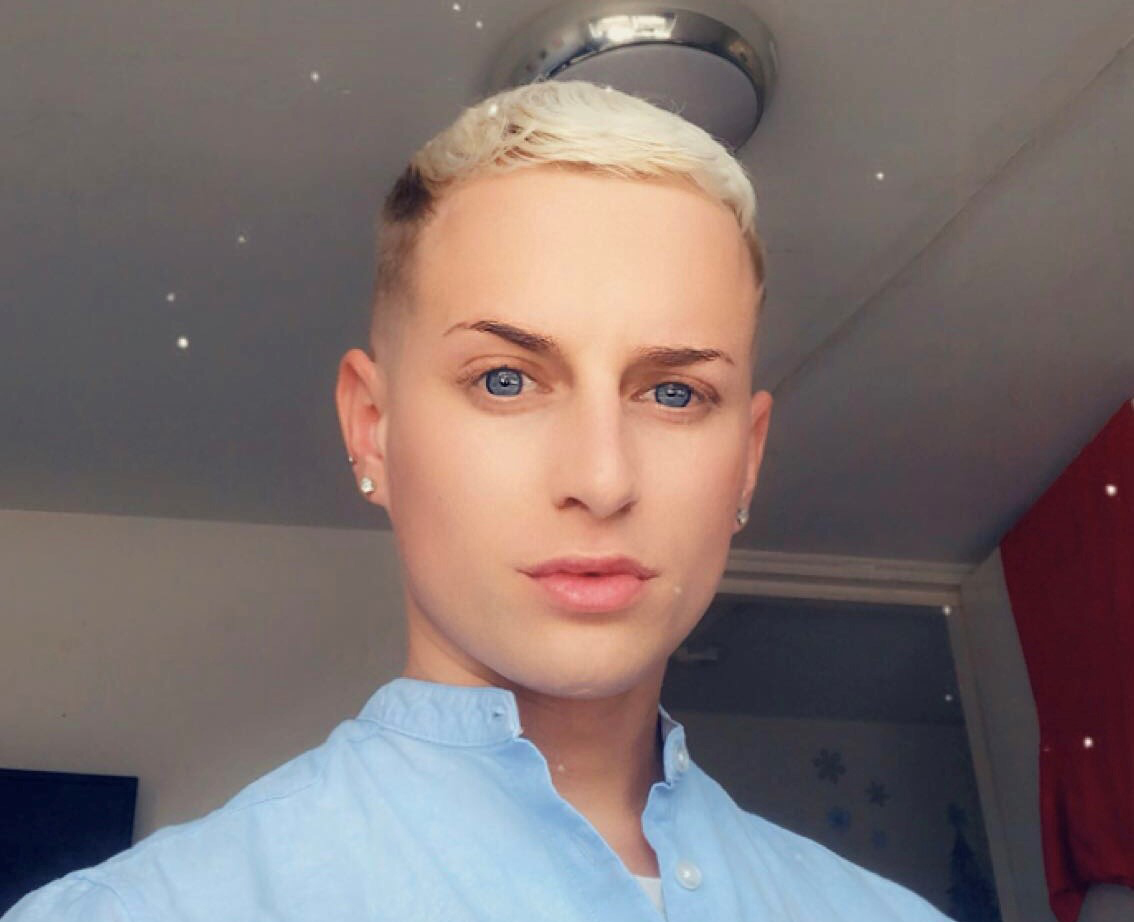 Jordan Page speaks to Cardiff-based Marlon Van Der Mark, a 23-year-old man who has been living with HIV for the last four years - but has only recently shared his status with the world. Since watching It’s A Sin, he’s set himself on a mission to educate young people about the realities of living with HIV today.

‘TikTok was the first place I had ever said “I am HIV positive” out loud. I could never say it before,’ says Marlon, who was diagnosed with HIV at just 20 years old.

‘If I was at home and had to talk about my HIV status - even if it was with someone in the house - I’d have to text them. I felt too ashamed to say it out loud.”

Marlon was diagnosed with HIV after being admitted to hospital for a viral infection, which was initially believed to be septicemia.

‘They kept asking my permission to test me for HIV, and to begin with I declined - I thought there’s no way it could be HIV... But I gave in, and that’s when I got the diagnosis.

‘I was completely alone when I found out, and I kept it to myself for the first few months. The fear of rejection was too much - I was rejecting myself so it was easy to fear the rejection of my family.’

Marlon likens sharing his HIV status with his family to coming out as gay: ‘Coming out as gay felt a lot easier than I thought. But when I found out I was living with HIV I thought, “Would this be the final straw? Would the door be closed in my face?”... It was a huge worry for me.’

Despite beginning effective treatment immediately, Marlon developed an obsession with cleaning himself to rid himself of HIV.

‘I felt dirty - really dirty. My hope was that the more I cleaned, the better I would feel. I tried and tried, showering three or four times a day, but it never worked. I had to seek help for it in the end, I was scrubbing my body so much I had sores all over.’

Out of fear of transmitting the virus, Marlon began sharing his status with friends. ‘I didn’t know much about the virus and I was scared I’d pass it on to them.’

‘I was reading so much online - people saying that “people living with HIV are a disease, highly infectious, dirty,”... I was scared that if I had as much as a cut on my hand I would pass it on, so I told them. They were okay with it, but even if they were, I wasn’t.’

When Marlon shared his status with his immediate family, his mother first thought he was joking.
‘She tried to laugh it off, but I think it was because she was so scared and shocked.’

He tells me she grew up with people who were living with HIV, and one of her closest friends eventually died of an AIDS-related illness.

‘That’s her last memory of HIV... When someone tells you they’re HIV positive, you don’t think of all the medication available. That’s not what springs to mind. You go straight to the HIV in the 1980s.’

I always see older people talk about their lives with HIV, but I think the younger generation need something to relate to.

But it was Russell T Davies’ record-breaking portrayal of that very period that ignited Marlon’s movement towards acceptance and sharing his life with HIV with the wider world.

‘It’s A Sin left me gobsmacked. I was taken aback. I got taught things I never knew, like how isolated people living with HIV were.’

‘It made me thankful to be living in the current day with the medication, research and support we have. It makes me feel so grateful to know how easy we have it today, even if you sometimes encounter the minority of people with negative attitudes.’

‘I went through a stage where I stopped taking my medication because I would have rather the virus do what it wants to me than try to fight it.’

‘After watching It’s A Sin I felt so selfish - they never had that choice. The series impacted me quite a lot, in a really good way.’

Marlon wants people watching the series to realise that it’s set in the past, and not to confuse it with modern day.

“We’ve come such a long way with HIV - we have effective treatment now and we can live normal lives… I want people to realise that HIV is still a big thing. I don’t want people to miss the story behind it.”

“I’d love to see something on TV about people living with HIV today.”

Since watching It’s A Sin, Marlon has spoken about his life with HIV with WalesOnline and has begun posting videos about HIV on video-sharing platform TikTok, with one video receiving 150k views within 24 hours.

When I ask Marlon about the stigma he’s faced, he sighs: ‘I’ve been waiting for this.’

‘Some of the comments on the video were really bad. I was called dirty, I received death threats, I was told that I should be castrated, that I needed to be put in a chamber, that I should be put to sleep… If I opened TikTok up on my phone right now I can guarantee there would be someone saying something.’

But Marlon wants to make it clear that it hasn’t all been negative.

‘I’ve had a lot of support from opening up - I’m so grateful for how nice people have been. The good outweighs the bad, even if there is more bad than good - the good makes you forget about it.

‘I’ve had people come to me and tell me about their new diagnosis, telling me they don’t know what to do or what to tell - they’re coming to me first and trusting me, and it’s made me realise that I’m doing something good and helping people.’

How does Marlon think we can tackle the stigma people living with HIV face, and reach our goal of ending new transmissions by 2030?

‘If I had it my way, it would be taught in schools. I didn’t know what HIV was until I contracted it. People ask me, “How did you not know?” well, because it’s not spoken about. You can turn the TV on and see advertisements about contraception and condoms, but there’s nothing about HIV.’

‘I think people who live with HIV should speak about it, it’s so eye opening for people… I always see older people talk about their lives with HIV, but I think the younger generation need something to relate to. We don’t see it in us. Especially within the gay community - a lot of people seem to think that only older people have it, which isn’t true.’

‘There’s a lot of miscommunication still around regarding HIV. I get a lot of people commenting “RIP” or “so sad we’re going to lose you soon” on my videos... I’m not just making these videos for myself, but I want to educate and help others.’

‘I have other people I need to keep doing this for - people have confided in me and then gone to get diagnosed or started their meds. I want to keep going because people out there need my support.’

We triumph at Proud Scotland Awards for COVID-19 work

The victory recognises our support for the LGBT+ community during the pandemic lockdowns.
END_OF_DOCUMENT_TOKEN_TO_BE_REPLACED
Image
Image