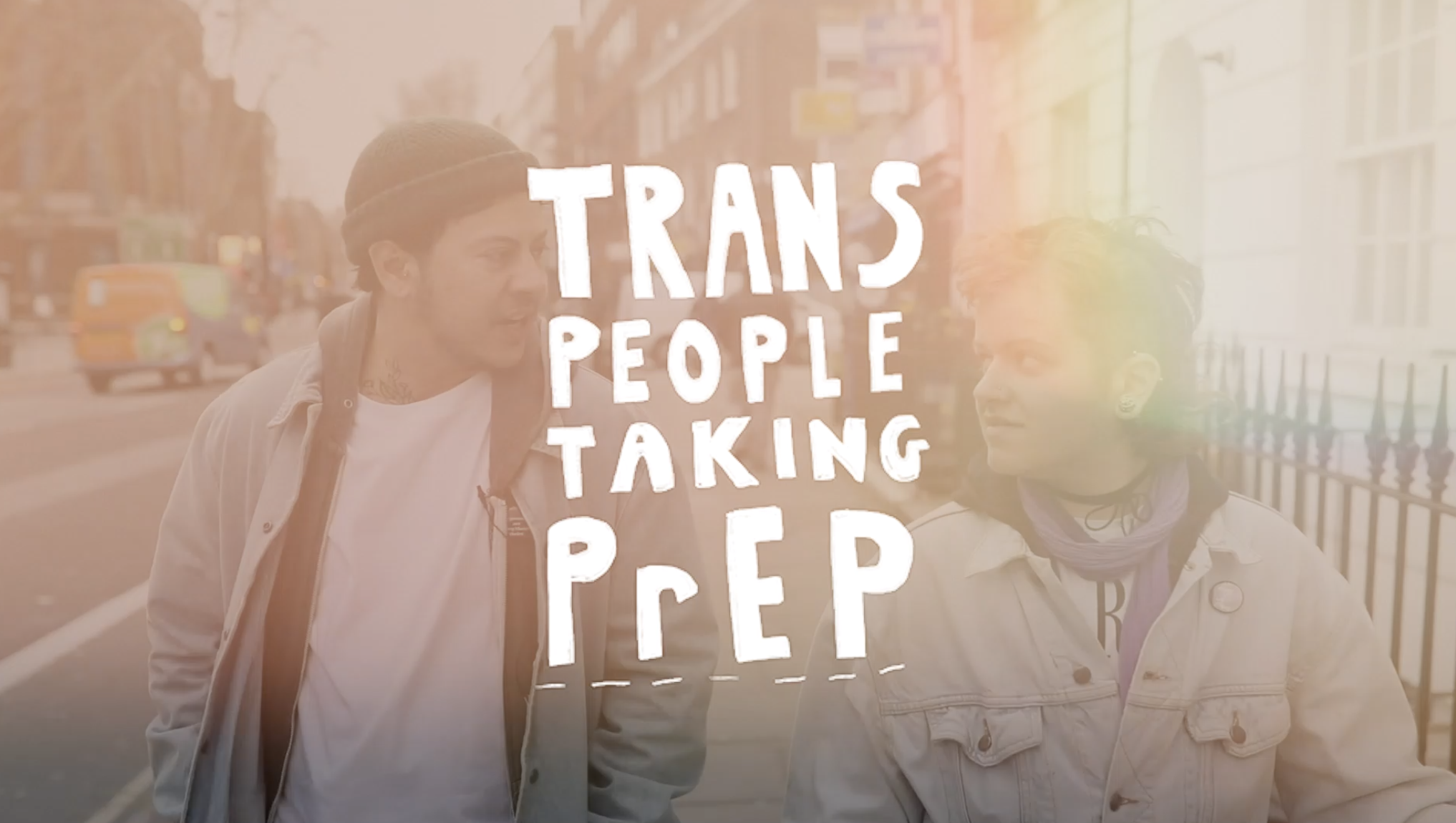 A new short film has been launched to increase awareness of the HIV prevention pill pre-exposure prophylaxis (PrEP) among trans people.

The film is a collaboration between iwantPrEPnow, PrEPster, My Genderation and Terrence Higgins Trust with funding from Elton John AIDS Foundation.

Trans people continue to be at increased risk of HIV, which is why it’s important that information about PrEP reaches this community. Trans women are 49 times more likely to contract HIV than the general population.

When taken as prescribed, PrEP is almost 100% effective at preventing HIV. PrEP, alongside condoms, regular HIV testing and effective treatment (which means people living with HIV can’t pass the virus on) are key tools to end future HIV transmissions.

Dani, who shares their story in the film, describes PrEP as ‘a revelation’.

They said: 'I’ve found PrEP a real lifeline. It’s definitely helped me feel more confident and more in control of the sex I’m having. It’s discrete, I can take it on my own – it’s not something you have to take with your sexual partner. It’s been a revelation for me.

‘A lot of people worry than when they start taking PrEP they become less responsible in other areas, but I’ve actually become much more clued up and because I’m having to go to the clinic to get new PrEP and get my bloods done anyway, I’m getting tested more regularly and I’m generally looking after my sexual health better.’

Sami, who shares her experience of transitioning and taking PrEP in the film, says: ‘It is something I can use to keep myself safe. PrEP arrived as I was transitioning and now I have a healthier sex life. When you are going through a process of transitioning, there’s a lot to future figure out. To have tools to keep us safe is a really positive thing.’

Trans People Taking PrEP also features insights from sexual health and gender identity medic, Dr Kate Nambiar, who describes PrEP as one of the reasons why new HIV diagnoses have fallen over the last two years.

She said: ‘Trans people are coming and asking about PrEP and that’s a fantastic thing. Trans people are just like everyone else in being at risk of HIV through having sex with other people, but for many it’s about being able to express themselves sexually without having to worry about HIV in the background.’

PrEP is currently available via the England wide PrEP Impact Trial that is running until late 2020, with places open for trans people to enrol. It is available via the NHS in Scotland and through an uncapped study in both Wales and Northern Ireland.

Fox from My Genderation says ‘PrEP is one of the best tools we have in our efforts to end new HIV transmissions in the UK and it’s therefore essential that everyone who could benefit from it knows about it and has access to it.

‘This film gives a unique insight into the journeys trans people have and how PrEP can play an important part in making people feel empowered and confident about their sex and sexual health.

‘Trans communities continue to be at increased risk of HIV, so I would recommend anyone who thinks PrEP might be for them to speak to their sexual health clinic and find out more.’

77% of people in UK have never had an HIV test