On Trans Day of Visibility, we’re urging the Government to put trans and non-binary people at the heart of work to end new cases of HIV by 2030 and improve the nation’s sexual health.

For nearly four decades, the fight against HIV has gone hand-in-hand with the fight for social justice and equality for some of the most marginalised groups in society. In 2021, this rings especially true for trans people, both here in the UK and around the world.

Despite decades of systematic disempowerment, trans people’s experiences of HIV have been almost invisible since the start of the epidemic. It took until 2015 for new HIV diagnoses among trans people to be recorded in annual statistics on HIV - the impact of HIV within this community in the UK before 2015 remains largely unknown. In addition, it wasn’t until 2017 that a new code to record trans people’s attendance to sexual health services was introduced. However, data collection is still inconsistent which means there is an additional challenge to fully understand the broader sexual health needs of trans people and how best to support them.

The impact of this isn’t just played out in the lack of complete data; it is also demonstrated by the fact that more than half (52%) of trans, non-binary and gender diverse people say they aren’t fully in control of their sex lives, according to a survey we did last year. 45% stated they have never tested for HIV and 25% are not aware of the HIV prevention drug PrEP.

The survey also revealed that around one in five people from these communities feels uncomfortable attending sexual health clinics for a variety of reasons, including misgendering, encountering prejudice, and being given incorrect information. We also heard of trans people not being able to access emergency contraception, with pharmacies refusing treatment because of assumptions based on gender.

In a bid to tackle this and to address the lack of quality and accurate information available, we launched a new sexual health resource for trans, non-binary and gender diverse people late last year. This was developed, co-produced and peer-reviewed by people from these communities to ensure the resources reflect their needs and use the most appropriate terminology.

For too long trans people have been invisible in the fight against HIV. 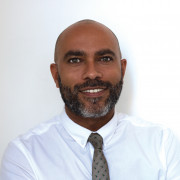 This approach of meaningful engagement and partnership working to create trans-inclusive support and information must also be replicated at a service delivery level across the country. For example, the sexual health service at Kings College Hospital in south London delivers a dedicated sexual health and well-being service for trans and non-binary people in partnership with cliniQ. cliniQ is a trans led organisation that has been working in sexual health and HIV for many years and are equal partners and an integral part of the service. Through ensuring that trans people can shape, manage, deliver and evaluate the service, they have created a very popular service that is welcoming, inclusive, supportive and better reflects the needs of the communities it serves.

There are a number of similar clinics in other parts of the country – but there are not enough of them. The success of these clinics often means they are busy and overbooked, with people travelling long distances to access them. This is a reflection of the limited or non-existent trans specific sexual health services in areas outside larger towns and cities and the fact that we still have more to do to ensure that every sexual health service is trans-inclusive and a welcome and safe space for all trans and non-binary people. That needs to change and all services - regardless of where in the country they are - should provide inclusive support, messaging and information that meets the needs of all service users.

In order to deliver this it’s crucial that frontline staff in all healthcare settings, and especially sexual health and HIV services, have access to robust and impactful LGBT+ inclusive training to ensure they have the knowledge, skills and confidence to meet the needs of their trans and non-binary patients and service users.

While there are certainly lots of examples of good practice and excellent care across the country, we still have much to do to address the inequalities experienced by trans and non-binary people. There are encouraging signs that the Government is seeking to take action on some these challenges. The Minister for Public Health in England, Jo Churchill, has confirmed the Government is looking at ensuring progress is made in reducing new cases of HIV across ‘all demographic groups’. Additionally, the Minister has confirmed the Government will be ‘engaging with a wide range of stakeholders, including organisations that represent trans and non-binary communities’ as part of the development of the new HIV Action Plan. We are also awaiting a new Sexual and Reproductive Health Strategy for England and this must be fully inclusive of trans and non-binary people and be shaped by their experiences and needs.

For too long trans people have been invisible in the fight against HIV and in the delivery of sexual health services. If we are to make meaningful progress towards ending the HIV epidemic and ensuring everyone can enjoy healthy and fulfilling sex lives, trans and non-binary people must be at the heart of this.

The report’s omission of any references to HIV diagnoses in the UK or any recommendations on how to tackle this inequality is disappointing.
END_OF_DOCUMENT_TOKEN_TO_BE_REPLACED
Image
Image

‘We were all meant to be together’