Our board of trustees is responsible for setting the overall strategy and direction of the charity, and for ensuring we use our resources effectively in pursuit of our mission statement.

Most of our trustees are elected by our members with the remainder invited to join the board because of their specialist knowledge. The trustees are unpaid and can serve up to three terms of three years each.

Jonathan has a wealth of experience in public health at a local and national level. He was Cabinet Member for Health, Social Care and Devolution in the London Borough of Hackney, Chair of Hackney’s Health and Wellbeing Board and represented the Local Government Association on public health issues for many years.

He currently chairs a number of national public health committees and advises NHS organisations and councils on all aspects of health and social care. He is also a  trustee at Action on Smoking and Health, and Shoreditch Town Hall Trust.

Bilal has volunteered with Terrence Higgins Trust in Brighton over the last four years. He has been involved in a variety of roles including group facilitator, health promotion in the community and regular fundraising events. He was the first volunteer to be trained in point of care HIV testing, which he undertook in community settings. He has been hugely impressed with the work that Terrence Higgins Trust does in Brighton, particularly its community engagement.

Bilal has worked as a doctor in the NHS for 12 years, and has been a general practitioner for seven years. He also works in medical education and is involved with training new GPs and appraising doctors.

He has lived in Brighton and Hove for 12 years. He thoroughly loves living by the sea, and has sung in a Brighton gospel choir for 11 years, something he loves being involved in.

He is honoured to have been chosen as a trustee.

Dr Jake Bayley is an HIV and Sexual Health Consultant at Barts NHS Trust, east London. He has been in the field of HIV and sexual health for seven years and became a consultant after training at King's College Hospital. He has developed an interest in HIV prevention and worked on the PROUD trial.

Antonia is the founding Partner of MHBC, an independent building consultancy established in early 2007, and has 40 plus years’ experience in the construction and property industries. She transitioned in 2000 in a very male-dominated working environment, where there was no history or visible LGBT influences to draw on.

Recognised five years running as one of the OUTstanding/Financial Times Top 100 LGBT Business Executives, in 2014, 2015 and 2016, she was also recognised in 2016 as one of the City’s most inspiring women in the City A.M. Power 100 Women List.

HIV a growing issue in the trans community, particularly amongst trans women, and the fight and struggle for some to survive (and be the true person they know themselves to be) often leads them to greater risk and exposure to the virus.

She feels the time has come for senior people in the trans spectrum to be visible. She hopes to bring her personal trans background and her business and professional experience and knowledge to Terrence Higgins Trust, and to help ensure that the charity's trustees are reflective of its service users.

Delroy is the co-founder of the Financial Inclusion Centre, established to improve all people’s financial lives. He has worked for equality campaigners Diane Abbott MP and David Lammy MP and is keen to use his knowledge to embed good practice, improve governance and ensure those in need of Terrence Higgins Trust's support are properly included.

He has enjoyed senior roles at national charities including Senior Public Affairs Officer at Which? and Director of External Affairs at StepChange Debt Charity. He has experience working on issues such as mental health and debt and will support the charity's leadership team to continue to put members first and deliver on its mission and vision.

As a reputation consultant, he works with and engages leading technology and FTSE 100 companies as well as vulnerable and consumer groups on the use of technology, data and privacy. He will use his working knowledge of technological innovation and ethics to help Terrence Higgins Trust become impactful through its use of technology.

Ian is an Edinburgh University business graduate and qualified Chartered Accountant (ICAS), with a wide variety of post-qualifying business experience.

After qualifying with KPMG in 1999, Ian worked in mergers and acquisitions advisory before taking on a number of commercial, business development and operational roles in industry. Ian has start-up, high-growth and turnaround experience and now heads up accounting firm AAB's work with start-ups and scale-ups in Scotland, and is based in Edinburgh.

He has previously served a term on the Board of Borders College as Chair of the Finance and General Purposes Committee.

Gordon is a former employee who has worked and volunteered for Terrence Higgins Trust for over 15 years.

He wanted to do something about HIV and how it was affecting him and his friends since the early 1990s. He started doing scene-based outreach in 1995 and completed his HIV Buddy Training later that year. After receiving his own HIV diagnosis in 2004, he accessed services to help people who were coming to terms with their own recent diagnosis, including a Terrence Higgins Trust Newly Diagnosed Group.

Today, he works for ViiV healthcare in the Positive Action team that supports community-led efforts to address HIV and AIDS, promote sexual health and wellbeing and advance social and economic justice for men who have sex with men and transgender people. He is an experienced public speaker for Mind, the mental health charity, and the Positive Voices Programme at Terrence Higgins Trust, and mentors people living with HIV on the Work Positive programme.

He is a passionate campaigner and activist for the rights of people living with HIV, men who have sex with men, and trans people. Through sharing his personal perspective on what it’s like to live with HIV, he hopes to encourage a better understanding of how stigma and discrimination impact the lives of those affected by the virus.

Ben was diagnosed with HIV in 2012 and benefited greatly from the services, resources and people of Terrence Higgins Trust and the NHS. This motivated him to be open about his status, to be a positive, visible role model, and to use his HIV status as a force for good.

He brings to Terrence Higgins Trust 20 years of business knowledge and experience: in a senior role in a commercial environment; growing a profitable small business in the cultural sector; and most recently in the public and charity sectors. He has always led on positive business reform, building successful strategies based on a clearly articulated sense of purpose and prudent financial management.

He is the Chief Executive for the British Film Institute (BFI), which has adapted to continued funding challenges by strengthening commercial thinking, cultivating new sponsors, building strategic national partnerships, clarifying the purpose of the organisation, and communicating a better story to government, funders and audiences.

He looks after the UK’s largest public film fund (over £30m of National Lottery funding a year) and is a visible senior industry figure and spokesperson. He represents the BFI internationally, and speaks frequently at industry events and in national and international press. He is keen to connect Terrence Higgins Trust to the creative industries' talent, resources, technology and audience platforms.

William is an experienced Health and Social Care Leader with a clinical background. As a trained nurse, he has worked in both hospital and community services, and was a Nurse Specialist in Tuberculosis and HIV.

William’s first management role was running a clinical network and he held a variety of commissioning and senior leadership roles in the NHS, including roles in Public Health, Strategy, Corporate Affairs and Planning.

For a number of years, William was a visiting lecturer at City University. He was previously Director for Strategy and Planning at Camden CCG and worked as a National Lead in the New Care Models programme at NHS England. He is currently Head of Health and Social Care at the Innovation Unit.

Randeep first became involved with Terrence Higgins Trust in 2000 when fundraising as a student in Cambridge. After graduating with a biology degree, he joined the team setting up Teach First, a charity that reduces educational inequality. This led to a few years of teaching science and PSHE (or sex education) in ‘challenging’ London secondary schools.

For the last 10 years, Randeep has specialised in technology and innovation, developing products for both large corporations and smaller tech start-ups.

Randeep has many loved ones from both the LGBT and BME communities affected by HIV, and has seen the effects of stigmatisation first hand. He hopes to use his digital and communications experience to improve access to information and promote a better understanding of issues facing different communities.

Alexander Walsh is a partner of TowerBrook, the UK-US headquartered private equity firm. He has worked in private equity for 15 years, during which time he has sat on the board of a broad number of businesses across both industries and countries.

He holds master's degrees from University of St Andrews, has been a long supporter of Terrence Higgins Trust and was previously a member of the advisory board.

As a sexual health and HIV clinician of 14 years, Dr Laura Waters brings to the board a wealth of experience in service development, national policy, guidelines, community engagement, education and research.

She trained at Chelsea and Westminster then worked in the clinical trials unit in Brighton. She took up a consultant post at the Mortimer Market Centre in 2012, where she is currently the lead for HIV and hepatitis services. She is on the BHIVA executive committee, chair of BHIVA conferences and chair of the BHIVA treatment guidelines.

She represents BASHH on the HIV Clinical Reference Group and the HalveIt campaign advisory group. She has presented widely both nationally and internationally, including to community and peer organisations. She reviews patient information for NAMA and writes a fortnightly column for Boyz magazine.

Samantha is currently training as a specialty registrar in public health.

She began working in the field of HIV immune-based therapy research during the university summer holiday of 2005 and was awarded a PhD from Imperial College in 2010. She has worked on clinical studies at Chelsea and Westminster Hospital and as a Senior Translational Fellow at King's College London. This involved translating laboratory science into clinical studies, including manufacturing and evaluating trials of whole-cell and peptide-based vaccines.

In 2014, she joined Public Health England as a Senior Scientist in the HIV STI Department, working alongside colleagues at Terrence Higgins Trust on the HIV Prevention England programme. In particular Samantha worked on the evaluation of National HIV Testing Week and the postal testing service.

Following this, Samantha gained commissioning experience as an Immunisation Commissioning Manager at NHS England (London Region) before embarking upon the Faculty of Public Health training programme in August 2015. 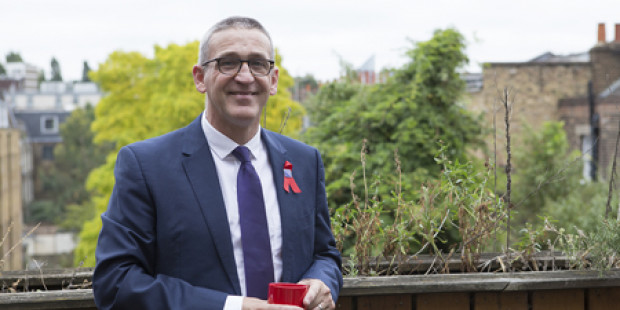 The Executive Team works closely with the Board of Trustees to help turn Terrence Higgins Trust's vision and strategy into a reality. Read more about Our executive
Thumbnail
Image 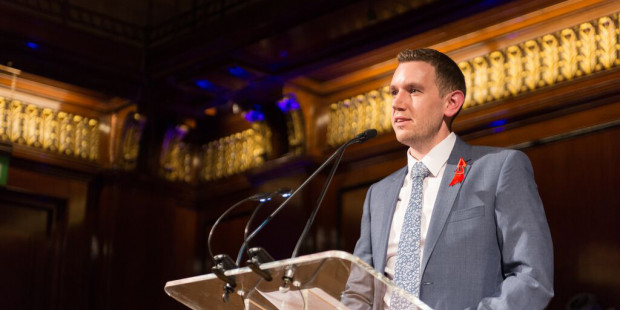 Our mission, vision and values

Our work at the forefront of the fight against HIV and improving the nation’s sexual health is underpinned by our vision, mission and values. Read more about Our mission, vision and values