Two charity editions of There's No Place Like Home by the British graffiti artist. 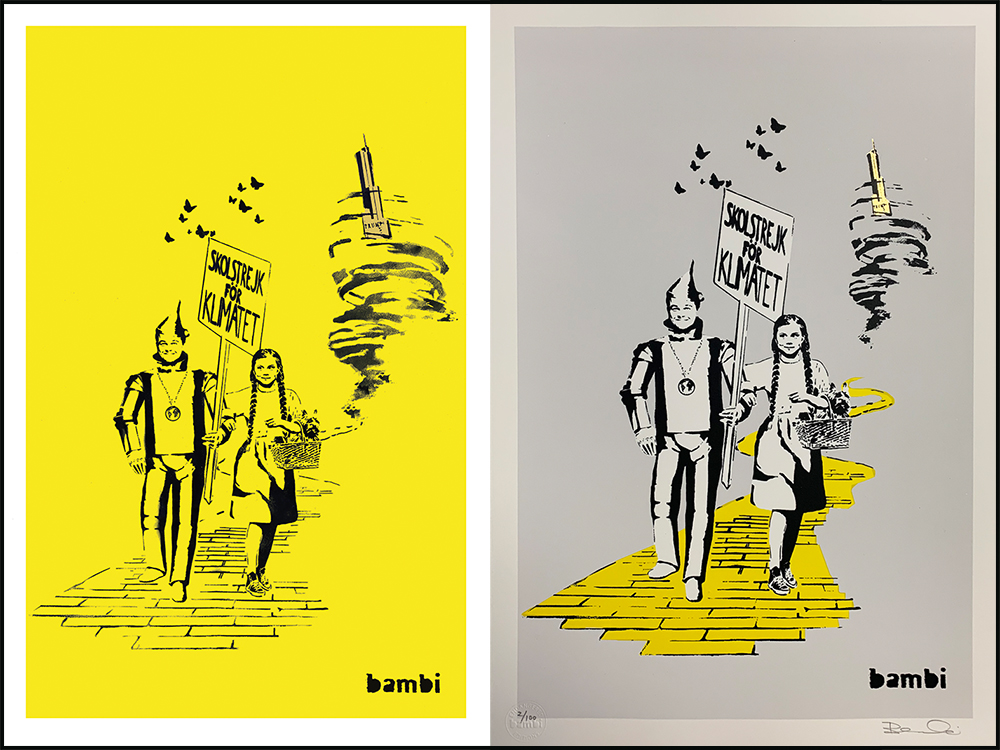 Bambi is the tag name for a female British graffiti artist from London. According to U.S. Time Magazine, 'Bambi' is derived from the childhood family nickname 'Bambino' and is a popular figure within the show business world.

Bambi, also dubbed 'The Female Banksy,' creates stenciled works which are frequently described as gritty and masculine in appearance even if she is exploring themes of feminism, popular and street culture, while using incorporating spray painting techniques with unique mediums such as diamond dust and gold leaf. While her identity remains a well-kept secret, the artist has revealed that she had a prominent career in the music business as a popular singer.

Bambi is releasing two exclusive charity editions of There’s No Place Like Home, co-published by Endangered Editions and Lightning Editions. A percentage of the proceeds will be donated to Terrence Higgins Trust.

Both editions are being sold via Artsnap.