The artwork of Terry from his school days was painted in Welsh colours of red and green by artist Nathan Wyburn. 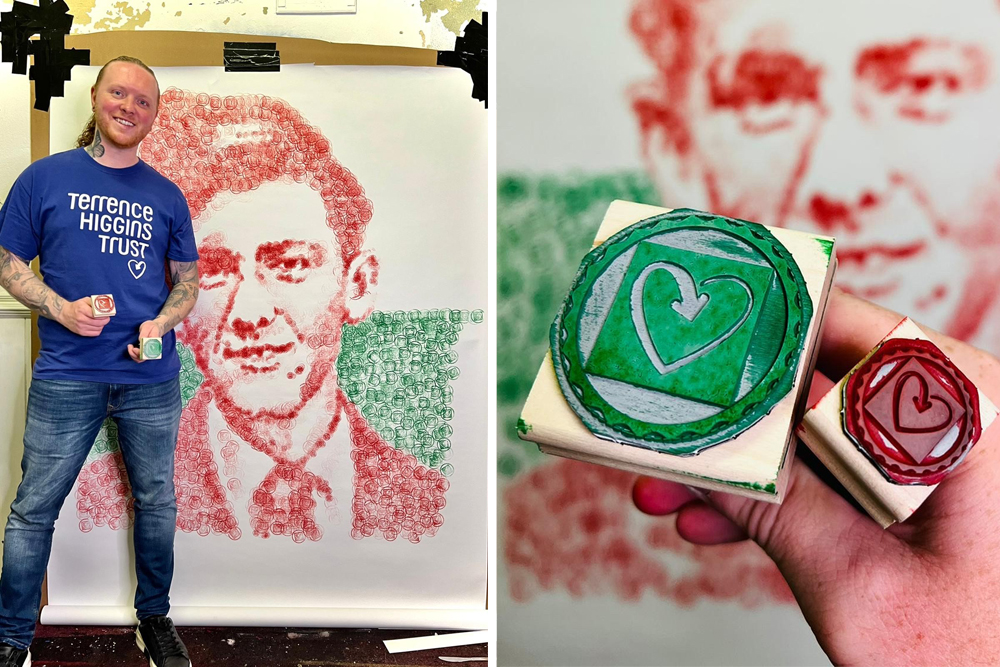 A new portrait of a previously unseen childhood photo of Terry Higgins has been unveiled in the Senedd to mark 40 years since the Welshman became the first named person in the UK to die of an AIDS-related illness.

The unveiling, held on Wednesday 15 June, was part of an event held by the Welsh Government marking the past, present and future of HIV in Wales as it set out what it plans to do to end new HIV cases in the country. The event also marks the opening of a 12-week public consultation on its proposals.

Terry’s portrait served as a poignant reminder of the recent past when a HIV diagnosis was tantamount to a death sentence. A photo essay of Welsh people living with HIV from Fast Track Cardiff and Vale, also displayed in the Senedd, shows you can now live a long, healthy life with HIV thanks to highly effective treatment.

The release of the Government’s ambitious draft action plan for ending new HIV cases in Wales by 2030 is a look forward to a future where no-one else in Wales contracts HIV. Including opt-out HIV testing, far wider availability of prevention drug PrEP and HIV awareness training for healthcare professionals.

The portrait of Terry from his school days in Haverfordwest was painted in Welsh colours of red and green by artist Nathan Wyburn from Cardiff using heart shaped stamps – the symbol which is seen in Terrence Higgins Trust’s logo, the charity named in Terry’s memory. 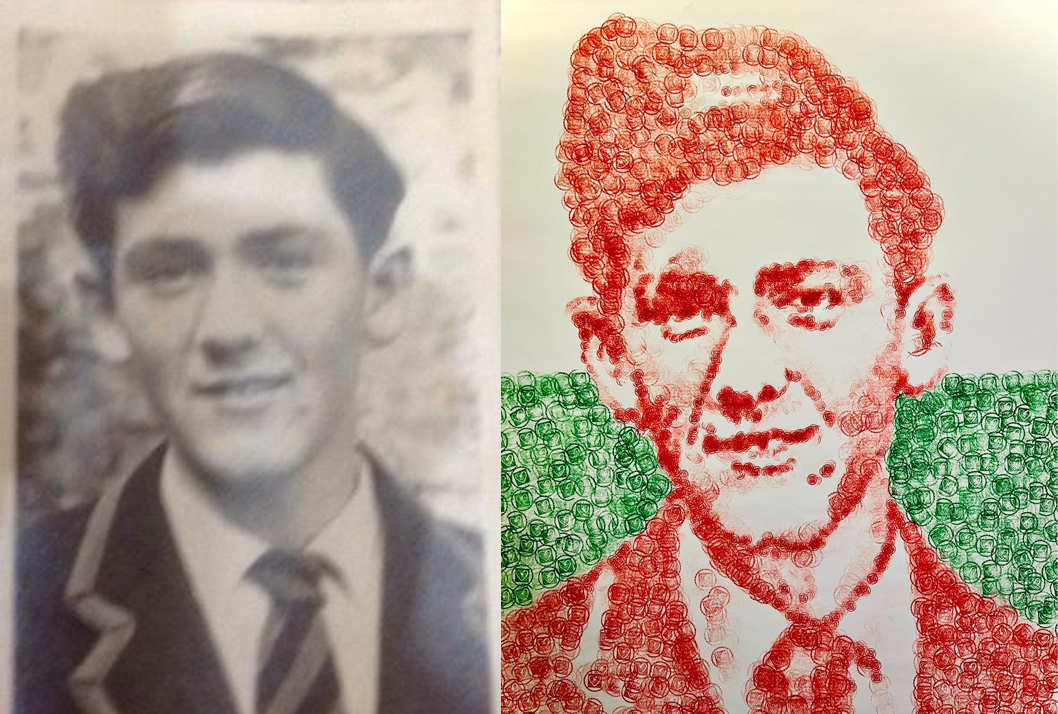 When Terry died 40 years ago no one even knew what HIV was and it wasn’t until 1996 that effective treatment became available. Now the goal is for Wales to become one of the first countries in the world to end all new HIV cases by 2030.

Terry left Haverfordwest to join the Royal Navy at 18 before moving to London and working in Parliament for Hansard, as well as in Heaven nightclub as a barman and DJ. It was in Heaven that he collapsed and taken to St Thomas’s Hospital where he was diagnosed with parasitic pneumonia and died suddenly on 4 July 1982 aged just 37.

Following his death, his partner Rupert Whitaker and their friend Martyn Butler founded Terrence Higgins Trust to help raise awareness of the mystery new illness and ultimately helped save countless lives. Rupert and Martyn were both awarded OBEs in this year’s Queen’s birthday honours.

The 21st Century HIV photo exhibition challenges the stigma still facing people living with HIV in Wales. It features ten people talking about their diagnosis and how they feel about making it public. It aims to raise awareness that while you can now live with HIV and not pass it on, stigma hasn’t disappeared and needs challenging.

Many of the people involved in creating the exhibition are themselves living with HIV.

Our Chief Executive Ian Green said: “We made incredible progress in the fight against HIV since Terry’s death 40 years ago. But we must never forget Terry and the millions of others who have been lost since the very start of the epidemic. We are fortunate to be at a point where we have all the tools necessary to stop anyone else from acquiring HIV – something that seemed like it may never happen just a couple of decades ago. We owe it to those we’ve lost to utilise all we have – including prevention pill PrEP and fast testing options – to see Wales achieve the life-changing goal of ending new HIV cases by 2030.

'Nathan’s portrait of Terry in the green and red of the Welsh flag and made up of our heart symbol is a beautiful tribute to Terry and his Welsh heritage. We are planning a big summer to remember Terry and celebrate his legacy, as well as to galvanise everyone to ensure we make ending new HIV cases a reality.'

Artist Nathan Wyburn, who painted Terry’s portait, said: 'As an artist who comments on and reflects the key social issues, and a proud gay man, being asked to mark the 40th anniversary of Terrence Higgins Trust is a huge honour. I’ve stayed with my unusual way of using everyday relatable items to make the art – this time it’s stamps in the shape of the charity’s heart logo.

'I wanted to make something that showed Terry as a young Welshman, so I thought why not quite bluntly turn him into the Welsh Dragon of our flag? The colour palette of green and red ink instantly showcased this. I’m proud to unveil this artwork with the First Minister Mark Drakeford and humbled to continue to highlight the legacy of Terry Higgins.'

Jeremy Miles MS, Minister for Education and Welsh Language, said: 'Nathan has yet again created a beautiful portrait of a very special son of West Wales. Terry Higgins is known to many as the inspiration of the first AIDS activists and the organisation that bears his name and has achieved so much in this four-decade epidemic. I hope this art will be available for the people of Wales so we can never forget the unnecessary suffering of the AIDS crisis and the distance travel to a time when people with HIV on effective treatment cannot pass on the virus.'

Gian Molinu, Chair of Fast Track Cardiff & Vale and Pride Cymru, said of the photo exhibition: 'We needed to challenge how the public sees HIV and show that we are just people getting on with our lives. Stigma and fear stop people getting tested and hiding part of yourself in fear of how people will respond is bad for your mental health. HIV is nothing to be ashamed of and we need to start saying that louder in Wales.'

The public consultation on the Government’s draft HIV action plan is now open and can be seen on its website.

The 21st Century HIV photo exhibition can be seen via the Fast Track Wales website and booking enquiries should be made to [email protected].