Terrence Higgins Trust's Chief Executive looks back at the day in 1996 he was told he was diagnosed with HIV and how life has changed since. 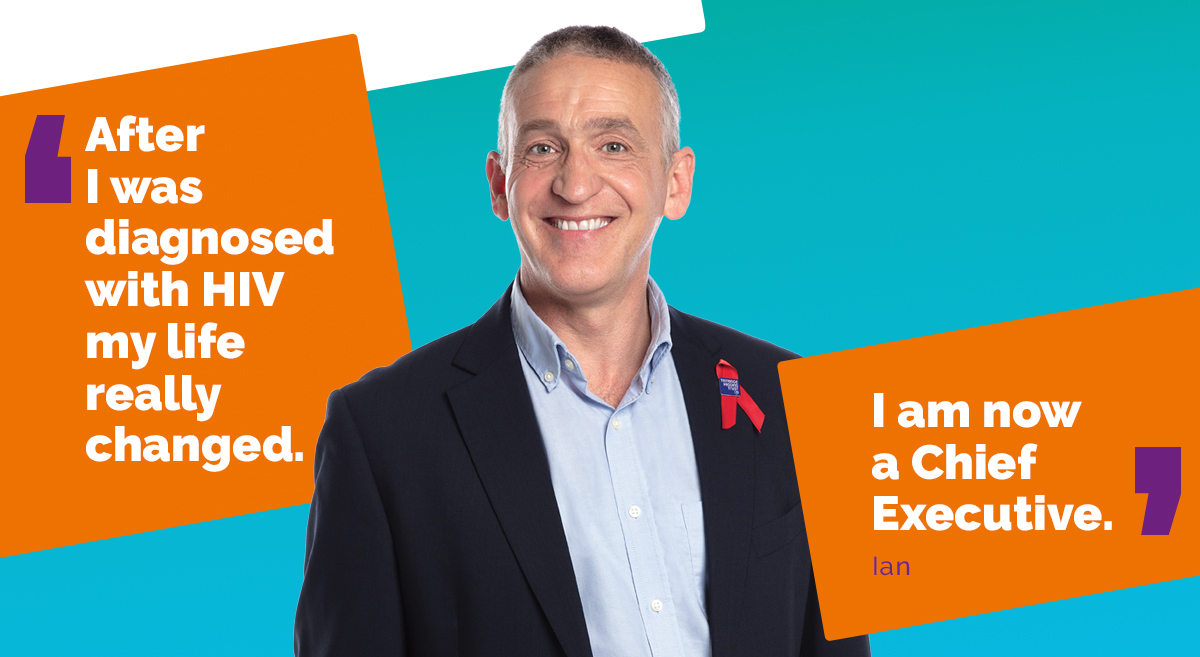 It felt like the rug had been pulled out from under me and I grieved for the life I thought I would have. I grieved for all that I would miss out on and all the things I would never see. The career goals unfulfilled and the personal milestones left unmet. And I worried about everyone I would leave behind, including my parents. I went through what so many before me had painfully experienced since the start of the epidemic. My world had been turned upside down.

It wasn’t fantastic immediately and I had to take other medication to manage the side effects. The itchy rashes and the chronic diarrhoea. But they’ve got better and better, and I now know that I’ll live a normal lifespan just like anyone else because of the three pills I take a day. I also know – and it's backed by the most robust of evidence – that I can’t pass on HIV to my husband Paul because of the daily treatment I take. Not won’t or might not, but definitively can’t pass it on.

I feel incredibly ‘lucky’ to have been diagnosed when I did because it means I can live the life I thought I would prior to my diagnosis. I’m happily married, have a job I love and three dogs I’ll gladly show photos of to anyone who asks. I also feel privileged to live in a country where access to HIV testing and treatment is freely available and it’s shameful that that’s not the reality globally in 2021. The COVID-19 pandemic has only set us further back in that aim.

I’m also very proud that this 25-year anniversary – which was once the very worst day of my life, but now no longer is – falls during Terrence Higgins Trust's Life Really Changed campaign. The campaign celebrates all of the amazing achievements people living with HIV have made since their diagnosis, including me. The tagline is ‘After I was diagnosed with HIV, my life really changed...’ and subverts expectations with the long life of inspiring achievements from all the people living with HIV involved.

That’s because the incredible medical progress in the fight against HIV means the virus doesn’t need to limit us – we’re mums and dads, radio presenters and circus performers, training to be nurses and yes, even charity chief executives like me. We’re still here and still giving back to society, which so many people lost to the virus never got the chance to do.

We’re not saying being diagnosed with HIV is easy – believe me, I know that – but we are saying, with the right support, it doesn’t have to stand in the way of achieving your hopes and dreams. That’s because the medication keeps us well and also means we can’t pass on HIV to partners. And why we offer counselling, peer support and up-to-date health information to ensure people can live well with HIV.

But the thing standing in the way of every single person living with HIV fulfilling their potential is stigma. It’s when we are rejected by a potential partner who won’t believe that the treatment means HIV can’t be passed on. It’s every time someone in healthcare bristles when they see the HIV-positive box ticked on our form. It’s every time we hear a joke on TV where HIV is the punchline – and where the information is outdated and inaccurate.

Because we won’t end the HIV epidemic or reach our goal of zero new cases by 2030 without tackling the stigma. Which is why, 25 years on, I’m proud to speak openly about living with HIV – the challenges it has brought and the opportunities too. I want people to know that they're not alone and that help is available. And it’s why our Life Really Changed campaign really does have the potential to change lives.

So thank you for reading my whistlestop tour of my last 25 years living with HIV and for sharing the films and stories in our Life Really Changed campaign. Here’s to the next 25...

We help people to come to terms with their HIV diagnosis and get on with life.

The Government has published its first ever Women’s Health Strategy for England.
END_OF_DOCUMENT_TOKEN_TO_BE_REPLACED
Image
Image