Be PrEPared – the long journey to rollout

With uncapped PrEP rollout due to start in England in October 2020, interloper Richard Angell looks at the painstakingly long and winding road to this important milestone.

Scroll down for a timeline of how we got to this crucial point.

'The problem with democratic politics – change can be slow,' I remember being told when I first met an MP aged 16. I was keen to lobby for the abolition of Section 28 and impatient to see this unjust law fall. This was the year 2000. I believed myself to be radical and agenda setting – having only learned about the horrendous legislation weeks before and being closed down from discussing it in school because of... Section 28.

I largely dismissed the pessimism that ‘change had to take so long’ – time in politics, I have learnt, is always correlated with political will. Instead, I went on a journey of discovery about those who had campaigned before me: we stand on the shoulders of giants.

This is never more poignant than in the HIV sector. Our charity was founded by early pioneers of HIV activism – the partner and friends of Terry Higgins –and has achieved so much thanks to them and to many more people since who never knew him. For them, his untimely passing meant so much and still does.

The Department of Health and Social Care’s announcement of funding for local authorities in England to roll out uncapped PrEP – the drug preventing HIV transmission – is a watershed moment. It's a time to celebrate, to look back and also to set out a further agenda – because sadly the work is never done.

Everyone involved in this remarkable campaign can each say, hand on heart, “We did not do it alone but it would not have happened without us”. 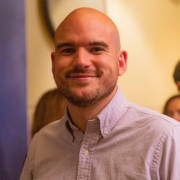 Writing this as Terrence Higgins Trust's newly-appointed Interim Head of Policy is a double-edged sword: half feeling like an imposter picking up the baton at the last possible moment, half with the clarity to see all that has been done (and give credit) and what is still to be achieved.

Terrence Higgins Trust, along with our close and amazing partners at National AIDS Trust, Prepster, the Elton John AIDS Foundation, local HIV advocacy groups, LGBT and BAME activists, a coalition of health professionals, councillors and MPs – both living with and without HIV – have made this remarkable achievement happen.

At times the government was dragged kicking and screaming, at other times doing the right thing and ploughing ahead. Our Chief Executive, Ian Green, gave evidence in Parliament while our members and supporter wrote to their MPs. Our friends in national and local HIV groups lobbied the Government and spread the word. What everyone involved in this remarkable campaign can each say, hand on heart, is: 'We did not do it alone but it would not have happened without us.' We really do stand on the shoulders of giants – they live among us.

My role – again working with a coalition of remarkable people and until I hand back to Debbie Laycock when she returns from maternity leave – is to run the next leg of the relay.

It's great that uncapped PrEP is to be available at sexual health clinics – but we know these are used disproportionately less by women, trans people and people of colour. Why is PrEP not available in maternity services, GP surgeries, pharmacies, gender clinics and many more health settings besides? It is only a matter of time, or will.

Will the agreed level of rollout funding – £16m annually – be a recurring grant? If not, how can PrEP possibly reach all the communities who stand to benefit from it?

Will the rich set of data from the Impact Trial be properly used to shape the future commissioning of PrEP? We are pleased with assurances that the data will be published in a timely fashion that will enable the community to inform its campaigns and future service provision.

Will there continue to be funding to share vital public health and HIV reduction messages? Many of those who would benefit from PrEP have never heard it.

Will the report of the HIV Commission – independent of but founded by us, NAT and EJAF – be embraced by the Government or left on a shelf, ignored in favour of COVID, cancer and obesity?

That choice is ours. Terrence Higgins Trust – and the friends and partners we work with – will not give up until PrEP is available to everyone who can benefit and until England is on course to be the first nation in the world to end domestic HIV transmission, by 2030.

Please continue to support our work – the relay is not run yet. October 2020 is a time to recognise how far we have come – uncapped PrEP across England finally! – but my team and colleagues have our eye on a bigger prize. Come and join us on the next leg of this epic journey.

September 2015: The results of the UK-based PROUD study were published in The Lancet showing overwhelmingly that PrEP is highly effective at preventing HIV among gay and bisexual men. Since then, we know it works for anyone regardless of gender, ethnicity or sexuality.

October 2015: iwantPrEPnow and PrEPster launch. iwantPrEPnow is set up by Greg Owen and Alex Craddock to help more people access the powerful tool for stopping HIV. This site provides information about how to take PrEP and how to access it. PrEPster is set up by activists with a mission is to educate and agitate for PrEP in England and beyond.

August 2016: NHS England is taken to the high court by NAT (National AIDS Trust) with sector backing to challenge the claim that because PrEP was a preventative tool it wasn’t responsible for providing it. NHS England lost the case and a subsequent appeal in November 2016.

December 2016: NHS England promises a large-scale PrEP trial to take place across the country, looking at the demand for PrEP and how long people stay on it in a real-world setting.

October 2017: The PrEP Impact Trial finally launches but only goes live in a select number of clinics, mostly in London and the southeast, including Brighton. Of the initial 10,000 places, 2,000 are ringfenced for groups other than gay and bisexual men to access. The trial website is launched to provide people with information about where to access PrEP and what being on the trial entails.

January 2018: It becomes clear that demand for the trial by gay and bisexual men will outstrip the availability of places.

March 2018: The trial's Programme Oversight Board (POB) agrees to decrease the non-gay and bisexual men ringfence to 1,000 places and allow trial sites to request further places. This was met with some caution from trans and women’s groups who reported that one of the biggest flaws of the trail was that little to no funding had been allocated to do outreach work to these communities about PrEP.

May 2018: There are widespread reports of gay and bisexual being turned away from clinics due to demand and clinicians stating people had acquired HIV while unable to access the trial.

May 2018: St Stephen’s AIDS Trust, who had been responsible for overseeing the research element of the trial, closes down following financial difficulties. NHS Chelsea & Westminster is then given responsibility for the trial.

June 2018: NHS England announces the POB is considering an approval to extend the trial by a further 3,000 places.

July 2018: Reference is made to a proposed increase in the Government’s LGBT Action Plan. Terrence Higgins Trust co-authors a statement along with NAT and PrEPster calling for the 3,000 places to be agreed to and for PrEP to be routinely available by April 2019 at the latest. The statement is subsequently signed by over 30 organisations and a day of social media action takes place. The European Court rules Gilead cannot extend its patent for Truvada for use as PrEP – in October, the UK High Court also issues a similar ruling. Generic PrEP can now be used in the UK.

September 2018: The 3,000 increase is approved by all stakeholders and clinics begin to request additional places. It is reported that Dean Street and Hammersmith filled places within a matter of hours from existing waiting lists. A working group is established, tasked with providing detail on what a national PrEP programme will look like. Public Health England shares forecasting with the working group that an estimated 50,000 people would likely be enrolled on a national programme by 2023.

October 2018: We mark the anniversary of the start of the trial by wishing it an unhappy 1st birthday.

November 2018: Forecasting by clinicians estimates that current places for gay and bisexual men on the trial will fill up by early 2019 amid further reports of clinics being full.

December 2018: In response to a written Parliamentary Question, the Department of Health and Social Care (DHSC) acknowledges that the majority of places for gay and bisexual men will be full by March 2019. The Local Government Association (LGA) and Association of Directors of Public Health issue a joint statement calling for an increase to PrEP trial spaces and for PrEP to be made routinely available, but warn that increased funding will need to be made available to councils. An open letter to the Public Health Minister Steve Brine is signed by 14 MPs and peers urging for an immediate increase in places on the trial.

January 2020: Behind the scenes discussions on a local authority budget for PrEP rollout in 2020/21. (NHS England had already committed to funding the drug costs.) Online service for STI testing as part of the trial is rolled out in London. Terrence Higgins Trust leads social media push to highlight delays in the process to roll out PrEP. The issue is raised again at health questions in Parliament.

February 2020: Intense joint working keeps pressure up for a funding announcement by Government. The LGA releases a statement calling for a funding decision.

April 2020: Routine commissioning does not begin on schedule. Owing to COVID-19, sexual health clinics are running a skeleton service and DHSC has still not resolved the allocation of funding for local authorities. There is no clarity on a new rollout timeline.

May 2020: Terrence Higgins Trust, Prepster and NAT push for NHS England to fund an interim supply of PrEP for Impact Trial participants until routine commissioning starts. NHS England confirms it will make this open-ended commitment.

June 2020: Conversation between DHSC, Terrence Higgins Trust, NAT and Prepster indicates that councils will be told their local funding allocations imminently. A further conversation indicates that the previously announced funding for 2020/21 will be cut by £5million. DHSC and NHS England confirm that the PrEP programme commissioning document (to which we, Prepster and NAT had contributed) has been shelved.

September 2020: DHSC announces the funding allocation of £11.2m for local authorities to roll out routine commissioning across the country. Terrence Higgins Trust and London Councils coordinate a submission for the Treasury’s Comprehensive Spending Review (CSR) consultation calling for £16m annually for councils to deliver PrEP and reach out to all communities who can benefit from it.

October 2020: PrEP rollout across England – will be patchy to begin with. The Impact Trial is due to end but PrEP will be provided by NHS England until participants can integrate into the new arrangements.

November 2020: Budget or CSR statement is expected. We hope that announcements will include future funding for PrEP services and vital funds for sexual health clinics and health promotion.

December 2020: The report of the HIV Commission – founded by Terrence Higgins Trust, NAT and the Elton John AIDS Foundation – will be launched with wide-ranging recommendations to ensure England is the first country to end domestic HIV transmission, doing so by 2030.

January 2021: Release of interim final data from the Impact Trial is expected.

March 2021: First year funding for PrEP rollout ends. Future of provision is unknown. Concern about necessary outreach to communities that would benefit from PrEP, including women, trans people and BAME groups.

A message from our chief executive Ian Green to mark World AIDS Day; how we're remembering those we've lost and how we're looking to the future.
END_OF_DOCUMENT_TOKEN_TO_BE_REPLACED
Image
Image