Black people left behind as PrEP rolls out

We're launching our 'PrEP protects' campaign to ensure Black Africans aren't left behind in the fight against HIV. 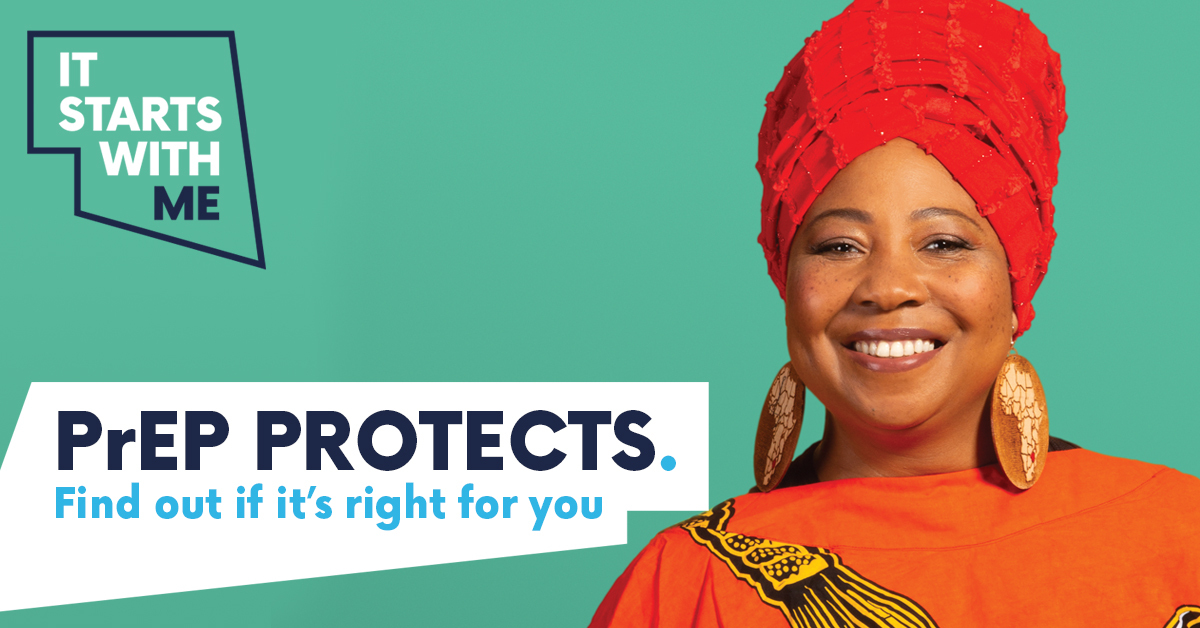 Almost half (44%) of new HIV diagnoses among heterosexuals in the UK are Black African men and women – despite making up less than 2% of the British population.

But access to HIV prevention pill Pre-exposure Prophylaxis (PrEP) among Black Africans through the NHS England run trial shows worryingly low uptake – with data revealing just 4% of those accessing the drug are from groups other than gay and bisexual men.

That’s why we're launching a new public health campaign to drive up awareness of the pill in this group with the message 'PrEP protects'. The campaign is part of the HIV Prevention England programme funded by Public Health England.

The roll out of the game-changing drug is finally happening in England, following the release of funding to local authorities. It's also available on the NHS in Scotland, Wales and Northern Ireland.

But – despite it now being made available – Black African people are less likely to access it and there's evidence of a need to increase awareness of PrEP, on the basis that you can’t access something you don’t know anything about.

New HIV diagnoses have been declining in the UK with a 28% fall between 2015 and 2018 according to Public Health England data, but some groups are seeing far faster progress than others. For example, new diagnoses among gay and bisexual men in London decreased by 50% in the same period – with PrEP use among this group far higher than in others most affected by HIV.

This fall is attributed to PrEP, which is highly effective when taken as prescribed, alongside the consistent and correct use of condoms, improved access to HIV testing and effective treatment which means those with diagnosed HIV can’t pass on the virus to partners.

The data for Black African people shows that while new HIV diagnoses fell by 27% between 2015 and 2018, there was a 3% increase between 2017 and 2018 – representing a worrying plateau in progress.

One of the key barriers to increasing access is PrEP being delivered exclusively via sexual health clinics. It's believed that availability in GP surgeries, maternity care services and pharmacies would help to increase both awareness and uptake. Similarly, having information about PrEP in a range of different languages is also vital.

We're launching the new campaign during Black History Month to ensure Black Africans aren’t left behind in the fight against HIV and increase awareness of PrEP through its HIV Prevention England programme It Starts With Me.

Led by those from these communities, the campaign vibrantly showcases the benefits of being proactive about your sexual health. It will reach different Black African populations through influencers, relevant Facebook groups, targeted digital ads and outdoor posters and billboards.

'We have all the evidence to show that PrEP is highly effective at stopping HIV and it is currently being rapidly rolled out on the NHS – but that’s only half the battle. Now the hard work begins to increase awareness of the incredible benefits of taking PrEP for all communities impacted by HIV in the UK and ensure Black African people aren’t left behind. Because you can’t access something you don’t know about!

'Despite the way it is often presented, PrEP is highly effective at stopping HIV for anyone regardless of gender, sexuality or ethnicity. It’s vital that message is heard by different communities as that’s the only way we’ll address deep sexual health inequalities and meet our goal of ending HIV transmissions within the next 10 years. Because progress that’s not felt by everyone – no matter who you are or where you are – isn’t progress at all.'

'Black African men and women continue to be over-represented in the rates of new HIV diagnoses every year and it is vital that those at risk of getting HIV get tested and have in-depth conversations on PrEP with clinical experts.

'We are proud to support Terrence Higgins Trust and the important work the It Starts With Me campaign will do in raising awareness of PrEP in Black African communities.

'Those at risk of HIV and STIs can still access services through sexual health clinics during the COVID-19 pandemic. Many clinics offer online testing, which means people can order tests using clinic websites, take them in the privacy of their own home, return by post and receive results via text, phone call or post.'

This announcement makes the UK only the second country in the world to update its armed forces policy.
END_OF_DOCUMENT_TOKEN_TO_BE_REPLACED
Image
Image