Lord Chris Smith is one of the faces of our Life Really Changed campaign. 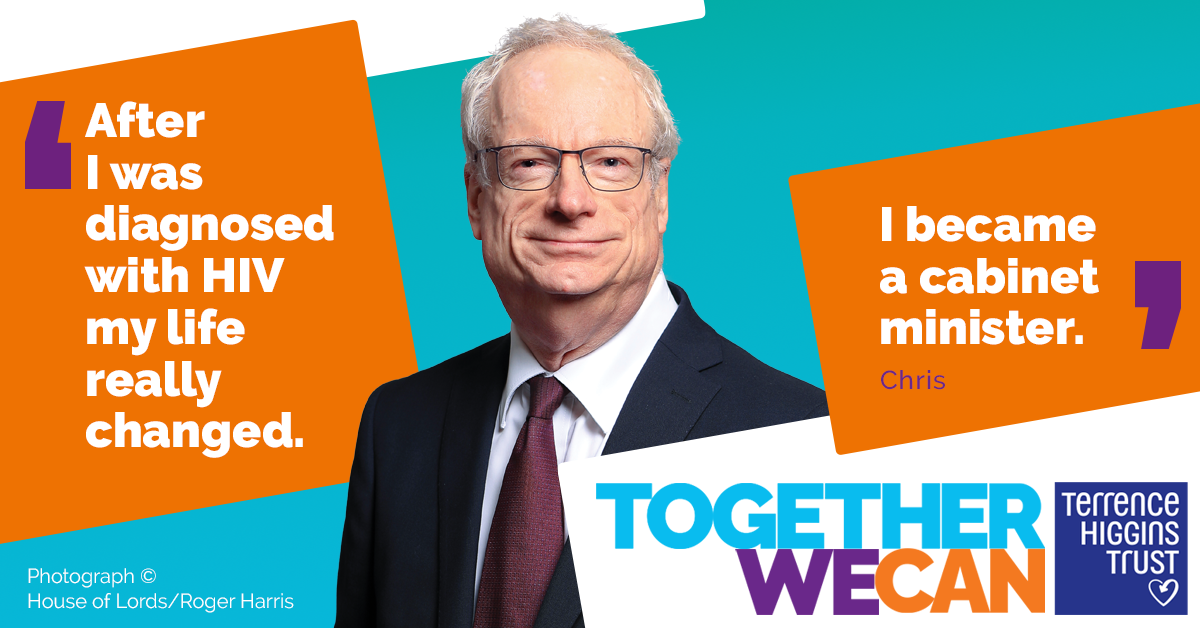 As MPs return to Westminster this week they’ll be greeted by the smiling face of former cabinet minister Lord Chris Smith while standing on the tube station’s escalators.

Lord Smith is one of the faces of our new Life Really Changed health campaign to show that a HIV diagnosis doesn’t have to stop you fulfilling your dreams or career goals – as exemplified by the countless achievements of the former Labour MP for Islington South and Finsbury.

Lord Smith was the first openly HIV-positive MP speaking publicly about his diagnosis in 2005.

The poster features Lord Smith alongside the words ‘After I was diagnosed with HIV, my life really changed... I became a Cabinet Minister’. The campaign uses real stories of Lord Smith and 12 others to show how much progress has been made in the treatment for HIV that you will now live a long, healthy life with the virus.

It shows people living with HIV are mums and dads, nurses and radio presenters, reverends and MPs. They’re living well and getting on with their lives like everyone else. 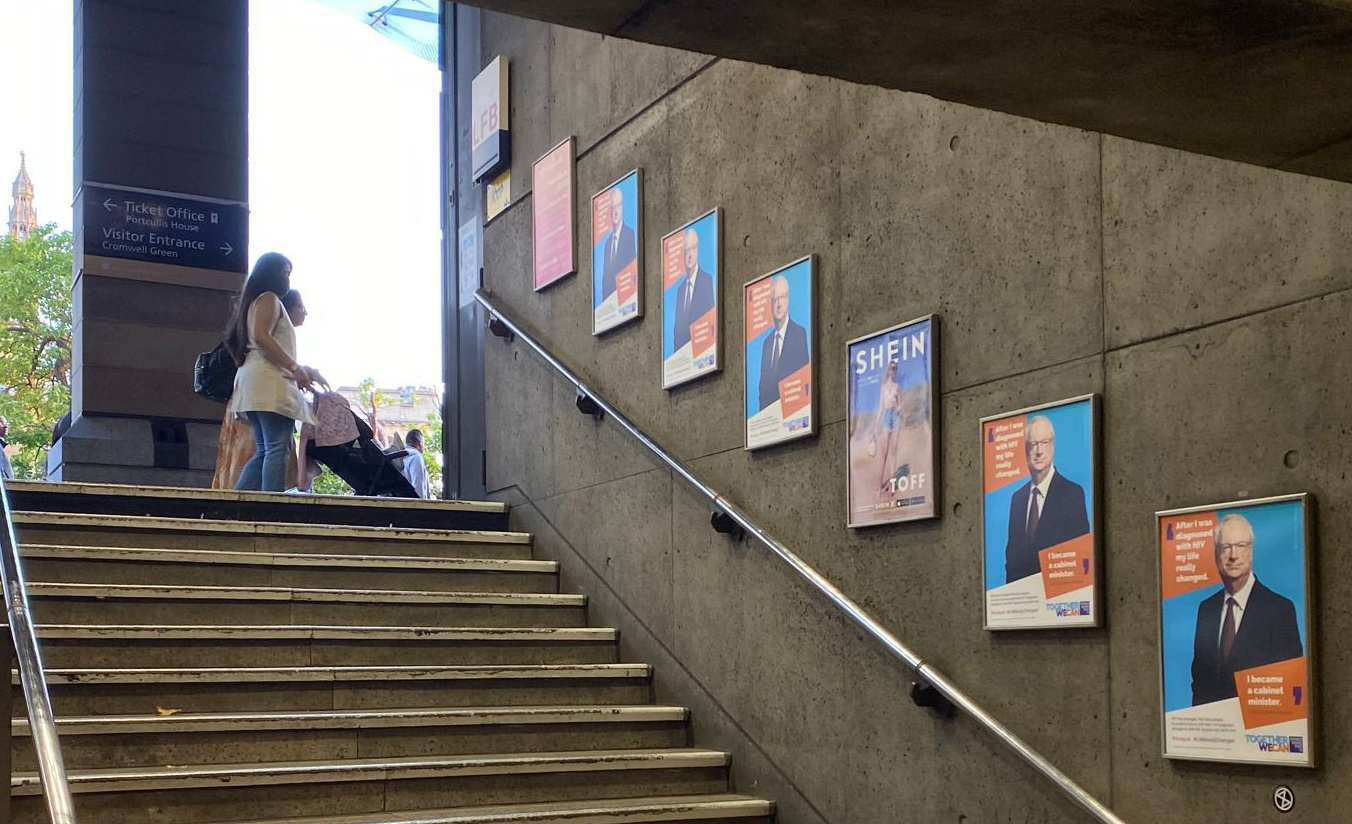 Lord Smith was diagnosed with HIV in the 1980s at the height of the AIDS crisis and when already a Member of Parliament, having won his seat in 1983. He then became Secretary of State for Culture, Media and Sport in 1997 following Labour's general election win. It was in 2005 that he first spoke publicly about his HIV diagnosis to challenge stigma and educate – the same year he stepped down as MP.

He has since been joined by Lloyd Russell-Moyle MP, who revealed his HIV during his speech to Parliament ahead of World AIDS Day in 2018.

Now 70, Lord Smith is enjoying a later life he didn’t think he would ever have – and which so many others diagnosed with HIV at the same time as him never did. Including Terry Higgins, who we were set up in memory of.

‘Lord Smith’s life since his HIV diagnosis is what our new campaign is all about,’ said Ian Green, chief executive at the charity. Mr Green is also HIV positive and features in the campaign.

‘When we decided to do it, we knew we wanted Lord Smith’s inspiring story to be included. I hope that people see the campaign and learn about how much HIV has changed since the 1980s. I was diagnosed with HIV in 1996 and told I would have around six to eight years to live – that was 25 years ago. Now I take one pill a day, will live as long as anyone else and know I can’t pass on HIV to my husband Paul.’

Lord Smith’s inspiring story seen on London Underground might the start of things to come – last week Mayor Sadiq Khan pledged to use TfL’s ad space to promote HIV testing to Londoners going forward as around 30 people are still diagnosed with HIV every week in the city.

Great to have a commitment from @MayorofLondon to discuss utilising @TfL's advertising space to promote HIV testing in response to @emmabest22@SadiqKhan also paid tribute to @PhilipNormal's "La" t-shirts raising £500k to support our vital work! pic.twitter.com/J38Rl0qT95

‘The Government has committed to ending new HIV cases in the UK by the end of the decade,’ said Ian Green. ‘This goal is achievable because of the highly effective ways available to prevent, test for and treat HIV. This includes the scientific evidence to say with absolute confidence that someone living with HIV and one effective treatment can’t pass the virus on.

‘But reaching that life-changing goal by 2030 will require a step change and it is MPs from across the House who need to act to make it a reality. This includes ensuring the forthcoming HIV action plan setting out how the Government will end HIV cases is worthy of its name in terms of its ambition and its funding.’

We're calling for opt-out HIV testing across healthcare wherever blood is taken to help find the estimated 7,000 people in the UK living with undiagnosed HIV. As well as making HIV prevention pill pre-exposure prophylaxis (known as PrEP) available beyond sexual health clinics with GP surgeries and pharmacies a great way to reach more of those most likely to be impacted by HIV.

‘I hope that MPs look up and smile – but also feel motivated to act,’ said Mr Green. ‘HIV has changed, but we need concerted actions from Government to finish the job and end new HIV cases by 2030 – something that would have seemed unthinkable just a decade ago. But we’re absolute clear: we can do it and we must.’

Find out more about our Life Really Changed campaign.

This announcement makes the UK only the second country in the world to update its armed forces policy.
END_OF_DOCUMENT_TOKEN_TO_BE_REPLACED
Image
Image