UK Ministry of Defence confirms from today people living with HIV are able to join and play a full role in the British Armed Forces. 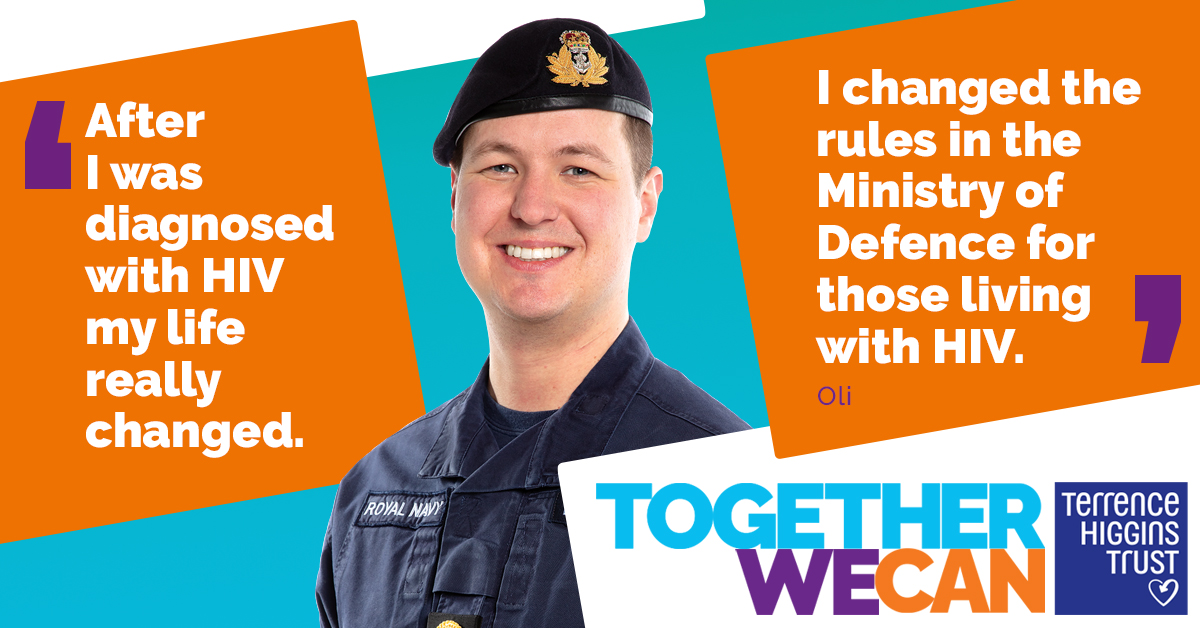 It’s a day to celebrate with yet another policy changed to reflect up-to-date HIV evidence. From today, all barriers have been removed for people living with HIV to join and have a successful career in the military in the UK.

This means the ban on people living with HIV joining the British Armed Forces has been lifted. Serving personnel living with HIV who have an undetectable viral load will also no longer be automatically medically downgraded, which means that they can deploy alongside their units.

A previous change (announced on World AIDS Day 2021) has already been implemented, which removed the ban on people who use HIV prevention drug PrEP from joining the armed forces.

The UK is now leading the way in this area, with only the Republic of South Africa having previously made these changes.

But there is one outstanding barrier which we are continuing to push on. Currently people who use PrEP are not able to serve in the RAF as aircrew or air traffic controllers. The Ministry of Defence has confirmed that this policy will be changed by August of this year and we'll keep the pressure on to make sure that this happens.

The British Armed Forces has also shared its intention to ensure that serving personnel – both in the UK and deployed overseas – have better access to HIV and broader sexual health prevention interventions. This is a great step forward for a previously neglected area.

Our involvement in this area started over a year ago when one of our volunteers, Lt Cdr Oli Brown, spoke to us about the work he was doing within the military to get rules on HIV changed – rules that were having a direct impact on Oli's life and career. Working together and using both internal and external routes of influence, we knew change could be achieved.

Together with colleagues at the British Association for Sexual Health and HIV, British HIV Association and National AIDS Trust, we looked at the clinical evidence that countered the logic of the current rules. Meanwhile, Oli used his leverage as a serving member of the armed forces to raise internally the detrimental impact the current policy was having and why the rules needed to be changed.

We then used our parliamentary links to push for change. The reaction was great to see – government departments from the Equalities Office to No. 10 supported the proposed policy changes and the huge impact they would have. And to give the military its due, it also saw the need for change.

Our collective work accumulated in a Government announcement on World AIDS Day on 1 December last year that the life-changing updates on HIV were coming. Today's news confirms that those changes have now been implemented, showing what can be achieved when everything is properly leveraged.

But our work doesn't stop here. We'll make sure that the changes to RAF PrEP policy are bought into force. We want to ensure that there is no inconsistency in the way that people living with HIV or people who use PrEP in the military are treated. If you're in the military (or trying to join the military) and are still experiencing negative attitudes or barriers do get in contact and let us know by email at [email protected].

Lastly, I'd like to again shine a spotlight on Lt Cdr Oli Brown. Without Oli's passion, drive and determination to see these changes happen, we wouldn't be celebrating this historic news today. His willingness to share his story within the military, as a Positive Voices volunteer and with the media, has helped to demonstrate why these policy changes really matter and to help tackle the stigma still surrounding HIV.

The Government has published its first ever Women’s Health Strategy for England.
END_OF_DOCUMENT_TOKEN_TO_BE_REPLACED
Image
Image