How Princess Diana challenged HIV stigma with every hug

For what would have been Princess Diana's 60th birthday, Ian Green reflects on her lasting impact on the HIV epidemic in the UK. 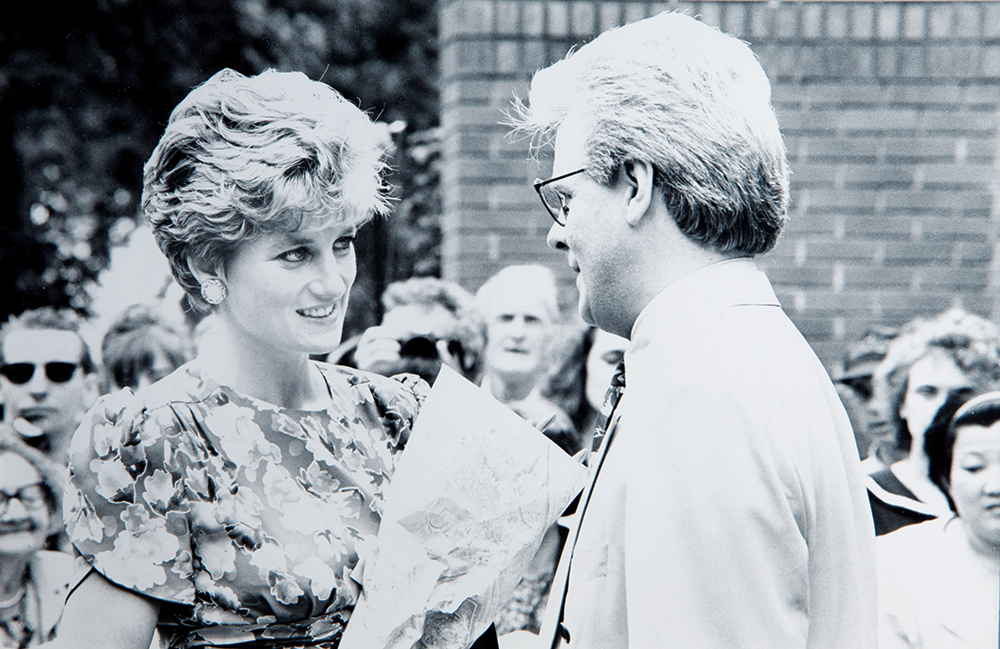 On 1 July 2021, it would’ve been Princess Diana’s 60th birthday. In honour of the occasion, I believe it’s important to look back at the momentous impact she had on public perceptions of HIV and celebrate her legacy. Because, with every gloveless handshake and every hug, she helped to challenge the hysteria and fear which was rife at the time. I truly believe we wouldn’t be where we are today without her.

In April 1987, at the height of the AIDS epidemic, while many turned away and ignored what was happening, Princess Diana opened the UK’s first specialist HIV/AIDS unit at London’s Middlesex Hospital, a space that would exclusively care for patients with the virus.

While visiting the unit, she famously noted, 'HIV does not make people dangerous to know. You can shake their hands and give them a hug. Heaven knows they need it. What's more, you can share their homes, their workplaces, and their playgrounds and toys.'

For people living with HIV, her comments marked the start of her monumental efforts to see them treated with dignity, respect, and compassion. And, through her actions, she showed everyone else that HIV can’t be passed through day to day contact. Of course, it didn’t change everything overnight and abhorrent stigma and discrimination remain today, but the Princess’s impact was felt worldwide.

Princess Diana would regularly visit London Lighthouse to ensure those affected weren’t forgotten and to make it much harder for them to be ignored. I also know of times when the Princess would pop into the Lighthouse, with no media, to spend time with people who were very ill. Her compassion and desire to comfort people was inspirational. I was lucky enough to meet her in the 1990s and see that first hand.

In 1997, the year of her tragic death, Princess Diana visited South Africa and met with Nelson Mandela. After her death, Mandela emphatically praised Diana for her efforts surrounding the issue of HIV/AIDS: 'When she sat on the bed of a man with HIV/AIDS and held his hand, she transformed public attitudes and improved the life chances of such people.' Diana had used her celebrity status to 'fight stigma attached to people living with HIV/AIDS,' said Mandela.

But the story doesn’t end there. Princess Diana’s legacy when it comes to HIV activism has notably been continued by her sons, with The Duke of Sussex in particular taking up the mantle when it comes to the destigmatising of HIV. That includes establishing his charity Sentebale alongside Prince Seeiso of Lesotho, in the country that has the second-highest rates of HIV in the world.

In the UK, Prince Harry has been a huge support to Terrence Higgins Trust by turning the spotlight that follows him onto the work we do and all the progress made in the fight against HIV since the 1980s. He has consistently supported National HIV Testing Week and work to encourage everyone to test regularly. He’s been tested live on Facebook and alongside Rihanna in Barbados, as well as joining with our patron Gareth Thomas to increase testing rates in 2019. I know that he has been a good friend to Gareth since.

I see a huge amount of his mother in the Prince. They have the same warmth, compassion and empathy – and the knowhow to utilise their profile to help others. When he’s met people living with HIV at our events, he too has always made sure to hug them or shake their hand, and can go toe to toe with any expert when it comes to HIV. Because it’s not a PR stunt for him – it really matters. Fittingly, our event for World AIDS Day in 2017 was the Duke and Duchess’s first official event together shortly after their engagement.

Tonight I will raise a glass to the late Princess to celebrate her life and all she gave to our cause, even though she was lost much too soon. And I will celebrate the legacy she’s left behind and the meaningful role of the Duke and Duchess of Sussex in driving us towards our goal of ending the HIV epidemic in the UK and continuing progress globally.

To Princess Diana, I say: thank you for all you did and we will never forget you or what you did for all of us living with HIV.

A message from our chief executive Ian Green to mark World AIDS Day; how we're remembering those we've lost and how we're looking to the future.
END_OF_DOCUMENT_TOKEN_TO_BE_REPLACED
Image
Image