Just like Gareth Thomas, HIV doesn’t define who I am 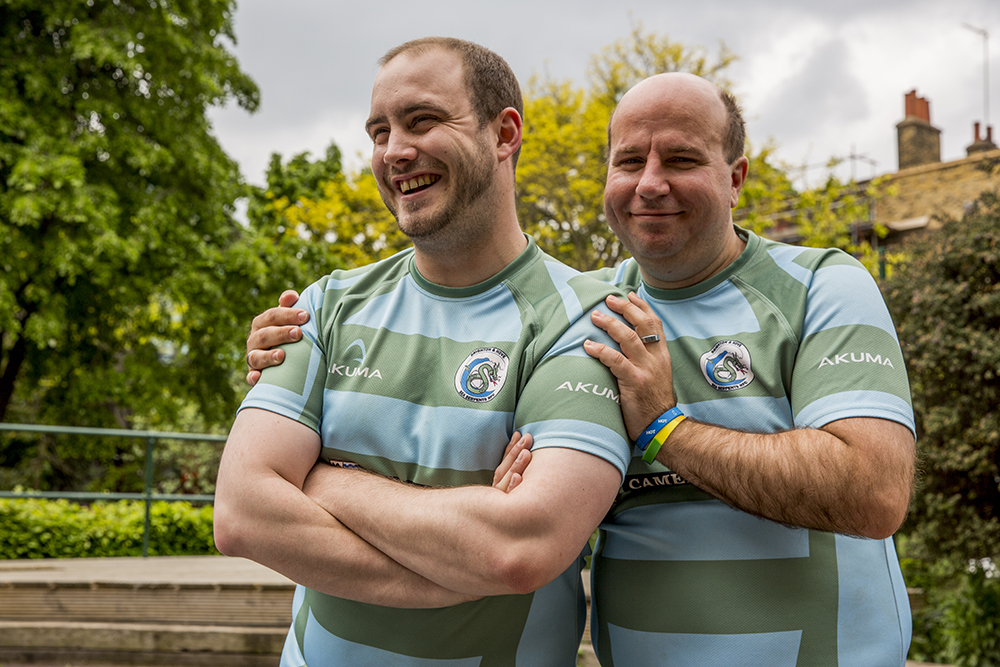 Waking up to the news this week that one of my rugby heroes Gareth Thomas is living with HIV was incredibly moving. His decision to make the announcement just hours before he took on the gruelling Ironman Wales challenge was undeniable proof that HIV doesn’t hold you back from living life to the full.

Although, having said that, I’m more than happy to put my hands up and say that I absolutely couldn’t complete the 2.4-mile swim, 112-mile cycle or 26-mile run that are required to finish.

But that’s nothing to do with my HIV status. And that’s exactly what Gareth is showing everyone – HIV has changed a huge amount since the 1980s, but some of you haven’t been paying enough attention.

Incredible advances in treatment mean HIV has gone from a virtual death sentence to one where you can live a normal life. Or one like Gareth’s.

Gareth Thomas is six foot, three inches of pure muscle and nothing short of a rugby legend. As the fourth most capped player for Wales and a top 10 all-time try scorer his strength and skill have never been in question. His HIV status changes absolutely nothing.

Effective HIV treatment works by suppressing the virus in the blood to undetectable levels, which protects the immune system from damage. Because the amount of virus in the blood is so low it also means it can’t be passed on to anyone else.

But it’s not medical science that’s holding us back, it’s the attitudes and misinformation that’s still associated with HIV.

Those stats make me angry. But they show exactly why we need to get the positive message out there that HIV is no longer the death sentence it once was.

They also underline why role models – just like Gareth – are so important to change public opinion and tackle HIV stigma (sorry, I had to get a rugby pun in somewhere).

And this isn’t the first time that Gareth’s blazed a trail. It’s been 10 years since he came out as gay and became the first ‘openly gay’ rugby league player. This was a hugely courageous thing to do and he broke the mould in challenging what it means to be a gay man and what you can do.

LGBT+ inclusion in sport still has a long way to go, but Gareth has played a key role in moving the discussion on.

Now he is a trailblazer once again in showing the world that HIV doesn’t hold you back, even from doing the most physical challenges like an Ironman. He’s taken HIV from the health pages to the back pages and educated so many people about the realities of HIV in 2019.

Because it’s changing attitudes that will help end HIV once and for all. The Government has committed to ending new HIV diagnoses by 2030 but we won’t get there until we all become more comfortable talking about HIV.

I hope that Gareth’s decision to challenge all three of those things head on will help take us one giant step forward to ending HIV transmissions.

Thanks to Gareth, today I can now hold my head even higher, knowing I have a role model whose courage will help to make my life – and the thousands of others living with HIV –more visible and better understood.

When Gareth came out, he said: "I don't want to be known as a gay rugby player. I am a rugby player first and foremost. I am a man."

The same couldn’t be more true about his HIV status. He is a rugby legend who is using his voice to show the world that HIV will never define him. Just like me, he is living a normal and healthy life.