New research shows that, with only 16% of people currently meeting for sex, we have an unrivalled opportunity to end HIV transmission by 2030. 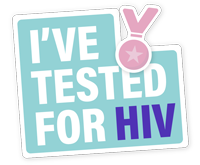 New research released today has revealed the vast majority of people (84%) are abstaining from sex outside their immediate household because of the COVID-19 lockdown.

This drastic change in behaviour could have a huge impact in the fight against another pandemic, with sexual health experts heralding the UK’s opportunity to ‘break the chain’ on HIV transmission and move closer to the Government’s goal of ending new cases by 2030.

That’s why HIV charity Terrence Higgins Trust and sexual health clinic 56 Dean Street – who conducted the research – are launching a wide-scale push on postal HIV testing over the next two weeks in order to maximise the unexpected opportunity one pandemic has had on another.

And timing is everything as it can take up to a month from potential HIV exposure for tests to detect the virus, which means anyone who hasn’t had sex since before lockdown will get an accurate result. Anyone who receives a positive result can then access the treatment they need to stay healthy and prevent HIV from being passed on.

Free HIV testing kits are available via post from most councils in England, including from 56 Dean Street, with national coverage for the most affected groups in Scotland, Wales and Northern Ireland. To avoid an unacceptable postcode lottery on access, Terrence Higgins Trust is filling any gaps in provision in England by offering free HIV self tests for the next two weeks, where you test yourself and get a result within 15 minutes, in order to make the most of the one-off opportunity.

That’s because the research also found the window to maximise this testing opportunity is closing. While eight in 10 people are going to continue to forgo meeting up for sex, nearly one in five (19%) said they wouldn’t continue or were not sure as lockdown enters its third month.

The survey of over 800 UK adults also found that prior to lockdown almost half (42%) would have one sexual partner a month, while a third (35%) would have between two and five partners and 8% usually have more than five partners in that period.

Terrence Higgins Trust and 56 Dean Street are declaring this as an ‘unexpected consequence’ of lockdown as respondents’ main reasons for not meeting up for sex were following the Government’s guidance (57%) and to slow the spread of coronavirus (55%). Just 6% said they are avoiding sex outside their immediate household to make sure they don’t contract HIV.

Ian Green, Chief Executive of Terrence Higgins Trust, said: ‘This is an incredible opportunity to break the chain on HIV infection and help move us further forward in achieving our goal of ending HIV transmissions in the UK within the next decade. National HIV Testing Week is every November, but we need to act now because this chance won’t wait and won’t come around again.

‘It’s estimated that around 7,500 people in the UK are living with undiagnosed HIV, which is bad for their health and means they may unwittingly pass it on. If everyone is able to use their time in lockdown to get tested and know their HIV status, we can ensure something really good comes out of the devastation of the COVID-19 crisis.’

Dr Alan McOwan, lead clinician at 56 Dean Street, said: ‘With fewer people hooking up for sex, it’s absolutely time to test as we have a great opportunity to pick up even recently acquired HIV infections. We didn’t think there would ever be an extended period of abstinence for so many people, but now it’s happened we’re determined to make the most of it.

‘Testing yourself for HIV is quick and easy, and postal tests arrive in plain packaging. Visit our Test Now, Stop HIV website to find out all the information and get tested.

'Testing is so important because once you know your status, you can take steps to stay HIV negative with condoms, regular testing and PrEP. Or, if you get a positive diagnosis, you can access the treatment you need to stay well and stop HIV from being passed on.’

How to get tested for HIV

While face-to-face sexual health services are hugely reduced for routine appointments because of social distancing, many clinics are offering HIV and STI testing via post, including 56 Dean Street. The test arrives in plain packaging to your home, which is then returned with a small blood sample before the result is given by text or by phone call. In some areas HIV self tests are also available, where you read the results yourself within just 15 minutes.

In areas where councils aren’t providing postal tests, Terrence Higgins Trust is offering free HIV testing kits for the next two weeks to groups most affected by HIV in the UK.

Those who receive a reactive result will still be able to access the face-to-face support necessary to confirm the result and access free HIV treatment, with social distancing measures in place. Psychological support is also available, with Terrence Higgins Trust offering free online counselling to anyone living with HIV.

Anyone can be affected by HIV but the groups most impacted by the virus are particularly encouraged to test. In the UK that is gay and bisexual men, men and women from black African communities, and trans people.

Gareth was hailed at the People’s Postcode Lottery Charity Gala for his charitable and campaigning work, receiving a £250,000 cheque on our behalf.
END_OF_DOCUMENT_TOKEN_TO_BE_REPLACED
Image
Image