A new film in which former Wales rugby captain Gareth Thomas tells His Royal Highness The Duke of Sussex that he believes his glittering rugby career was really paving the way to his new role as a powerful HIV advocate has been released by Terrence Higgins Trust and NAT (National AIDS Trust) to mark World AIDS Day (Sunday 1 December).

On the first World AIDS Day since revealing to the world he’s living with HIV, Thomas explains to The Duke his rugby trophies will ‘gather dust’ but ‘this journey of education and breaking stigma around HIV will have a legacy everlasting’. Speaking in the film, The Duke describes Thomas’s bravery in sharing his story as ‘transformational’.

Terrence Higgins Trust, the UK’s leading HIV and sexual health charity, has also commended Thomas on his huge impact in just two months. The charity has revealed today that an incredible 74% of British adults are aware of Thomas speaking publicly about living with HIV, with 11% of those who were aware of his HIV status saying it has improved their overall knowledge of the virus.

Thomas will now ensure his continued impact in the fight against HIV as a key part of the first ever HIV Commission and an active role in ending transmissions of the virus within the next decade. 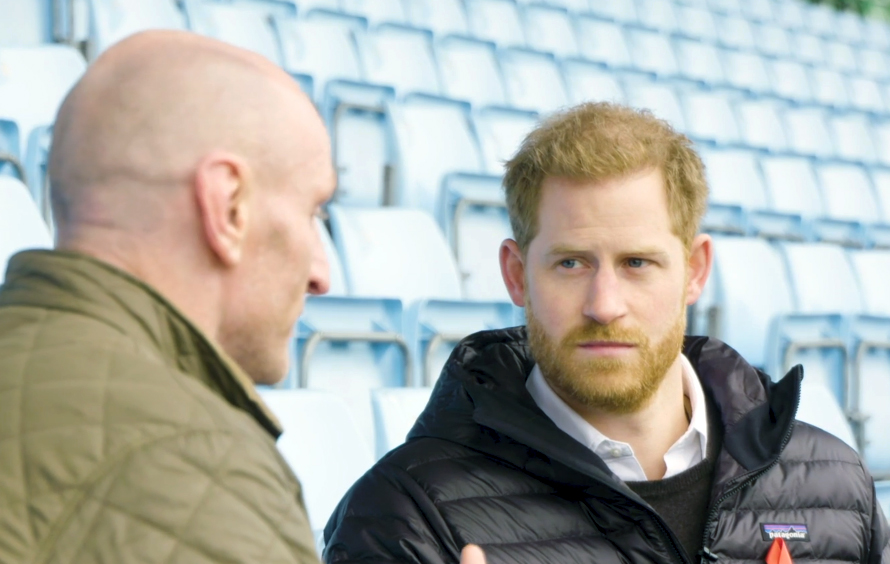 The Commission has been set up by leading HIV charities Terrence Higgins Trust and NAT, tasked with making evidence-based recommendations for ending new HIV transmissions by 2030. This will only be achievable by also eradicating the stigma that continues to surround the virus.

In the film, the Welshman emotionally explains to The Duke that he’s 100% committed to his new role, saying: ‘I always thought my purpose in life was to play rugby and to represent Wales, which I did with all the passion I have. But I actually feel that my rugby gave me the platform to do what I am doing now. And I believe what I do now is really what I care about because there’s not many people from a simple life that I come from who can have the power to change other people’s lives.’

His Royal Highness pays tribute to Thomas in the film for the impact he’s made and for taking on the new role as HIV Commissioner, saying: ‘We know there’s a hell of a lot to do but what you’ve managed to do in just the space of six or eight weeks has been transformational – genuinely transformational. As you said, we should all know our status and, if it is treated the same as any other virus, then that is exactly what should be happening.’

Adding: ‘From my perspective, all I can do is thank you for the difference that you’ve made, the lives that you’re saving on a daily basis now and you’ll have every single one of us backing you the whole away. You’re not in this alone.’

Thomas’s ‘transformational’ impact has been backed up with Terrence Higgins Trust revealing on World AIDS Day that three in four British adults (74%) are aware that the Welshman has spoken publicly about living with HIV. A YouGov poll of 2,143 British adults also found that of those who were aware of Thomas’s HIV status, 11% said it had improved their overall knowledge of HIV, while 7% said it improved how they would treat someone living with the virus.

Thomas’s announcement in September also led to a surge in orders to the charity for HIV tests, where you can test at home and get a result within 15 minutes, as well as increased website hits and calls to its helpline THT Direct.

However, despite high levels of awareness, the charity found that longstanding views about HIV are hard to shift. For example, 39% of Brits would still feel uncomfortable kissing someone with HIV, while 29% would feel uncomfortable going on a date with someone who has HIV. This comes despite absolutely no risk of HIV being passed on through kissing or other day-to-day contact.

Similarly, even though a key part of Thomas’s announcement being that medication means he can’t pass the virus on to his HIV negative husband, just 21% of people believe that someone living with HIV and on effective treatment can’t pass it on. This message is backed up by two major studies – PARTNER and PARTNER 2 – and endorsed by hundreds of organisations globally, including Terrence Higgins Trust.

These findings strongly underline that while rapid medical progress has been made in the fight against HIV – which means people living with HIV have the same life expectancy as the general population – the public’s perceptions of the virus haven’t kept up.

The difficulty in convincing the public of how much HIV has changed therefore must be a consideration of Thomas and the HIV Commission if the goal of ending transmissions of HIV in 10 years is to be achieved.

To mark World AIDS Day, Gareth Thomas said: ‘This is my first World AIDS Day living openly with HIV and for that reason it’s very special. I’m determined that each time this day comes around from now on that we’re moving further forwards in the fight against HIV to ensure we meet our ambitious goal where no-one else contracts HIV.

‘I’m 100% committed to the HIV Commission and want my impact on perceptions of HIV to eclipse what I’ve achieved on the rugby pitch – but it’s not going to happen overnight. Because, while it’s easy to educate people, it’s extremely difficult to re-educate them and that’s a big part of the challenge when it comes to HIV. But I’ve never shied away from a challenge and I never will.’

Ian Green, Chief Executive at Terrence Higgins Trust, said: ‘World AIDS Day is an important day to remember all those lost to the epidemic – brothers and sisters, sons and daughters, mothers and fathers. But it’s also an opportunity to shout about all the progress that’s been made and, as our polling shows, Gareth’s announcement has undoubtedly had a big impact.

‘I join The Duke of Sussex in commending Gareth for turning a negative experience into a positive and taking on an active role in the fight to end HIV transmissions by 2030. This isn’t something Gareth has to do, but one he’s chosen to do and we’re stronger because of his contribution.

‘We have this incredible once-in-a-lifetime opportunity to end HIV but we won’t get there by accident. We need to do more and do things differently, which is why I would urge everyone to look at what the HIV Commission is doing and get involved. Because together we can be the first country in the world to end HIV transmissions.’

Deborah Gold, Chief Executive at NAT (National AIDS Trust), said: ‘World AIDS Day is a time to stand in solidarity with people living with HIV, and to remember and commemorate those we’ve lost to the epidemic. It’s incredibly impactful for Gareth and The Duke of Sussex to talk about HIV so freely because this in itself will help end the appalling stigma and isolation many people living with HIV experience.

‘It’s so powerful that Gareth has turned his experiences into something positive. The HIV Commission provides us with a unique chance to investigate how we can end HIV transmissions in England by 2030 and Gareth, alongside all the other dedicated commissioners, are playing a vital role in supporting this.’

The new entry in our Their Story, Your Choice series follows Kwame and Nabil as they juggle relationships, kids and a big secret.
END_OF_DOCUMENT_TOKEN_TO_BE_REPLACED
Image
Image