We’re campaigning for PrEP (pre-exposure prophylaxis) to be made available to all who could benefit from it.

Since the routine commissioning of PrEP through sexual health services in England, Scotland and Wales, little has been done to measure the effectiveness of the service.

With this in mind, we've launched two UK-wide PrEP surveys to gain a clearer picture of the performance of current PrEP services across the UK.

The surveys are the joint work of Terrence Higgins Trust, NAT, Prepster, One Voice Network and Sophia Forum. They seek to identify the issues present in current PrEP services and offer an opportunity for anonymous feedback from the point of view of both service users and staff.

The first is a community survey aimed at gathering responses from those who have encountered problems accessing or trying to access PrEP.

The second is a clinical staff survey for those working in the provision of PrEP.

Find out more about our PrEP surveys.

PrEP is a way to reduce a person’s risk of becoming infected with HIV through sex. It involves taking anti-HIV drugs, either daily or around the time of sexual activity.

We want to end HIV transmission in the UK. We believe that this is achievable, but only if we use all of the tools available to us. That includes promotion of condom use, regular testing, effective treatment, PEP (post-exposure prophylaxis), encouraging behaviour change, and PrEP.

Get information on accessing PrEP.

The evidence that PrEP works

Clinical trials have shown that PrEP is highly effective at reducing an individual’s HIV risk. There is an increasing body of evidence that it is effective too from a public health perspective, as well as being cost-effective.

The World Health Organisation has recommended that PrEP should be made available immediately for those at greatest risk of sexually acquired HIV, such as gay and bisexual men, trans women, heterosexuals from Black African communities, and any HIV-negative person with an HIV-positive partner who is not on effective treatment.

In December 2016, NHS England promised a large-scale PrEP trial to take place across the country, looking at the demand for PrEP and how long people stay on it in a real-world setting.

The PrEP Impact Trial launched across England in October 2017 with a total of 10,000 places. Due to soaring demand for the drug, the trial places were increased by an extra 3,000 places. Even so, many trial sites became full quickly and closed to men who have sex with men.

In January 2019, Secretary of State Matt Hancock committed the UK Government to get to zero new HIV transmissions by 2030, and as part of that he promised to double the number of places on the PrEP Impact Trial. NHS England agreed to fund the cost of PrEP for these extra places. The trial came to an end in October 2020.

The Secretary of State for Health and Social Care announced in March 2020 that from April 2021, PrEP would be routinely available in England.

This was a historic announcement in the context of the HIV epidemic. We know PrEP is highly effective at stopping HIV and now it can be properly utilised to make good on the Government’s commitment to ending HIV transmissions by 2030

Funding of £16 million in 2020/21 and £23 million in 2021/22 was made available for local authorities to deliver PrEP. This should ensure that anyone who is at a high risk of contracting HIV will receive PrEP from their local sexual health clinic to reduce their risk of getting the virus.

The current British HIV Association (BHIVA) and British Association for Sexual Health and HIV (BASHH) guidelines on use of PrEP, which set out eligibility criteria, will apply to this service.

As a result of the COVID-19 pandemic, there has been a delay in the rollout of PrEP. The UK Government has reaffirmed that PrEP is now available in sexual health services across the country.

There's also a lot of work to do to ensure PrEP isn’t just seen as something for gay and bisexual men and that it's clear benefits reach other groups affected by HIV, including women, trans people and BAME communities.

The independent HIV Commission recommended that PrEP be made available outside of sexual health services in order to increase access. In 2020 we worked with 55 HIV and sexual health charities to highlight the need for equitable access to PrEP. We continue to make the case with Government.

Read our joint statement calling for PrEP to be made available in community pharmacies.

As the country’s leading HIV and sexual health charity, we're fully committed to playing our role to ensure no-one is left behind when it comes to PrEP – because we’re not making real progress if it’s not felt by everyone.

PrEP is available throughout all sexual health services in Wales as part of an uncapped study that has been running since July 2017.

As of July 2019, more than 1000 people have accessed PrEP, none of whom have subsequently been diagnosed with HIV, demonstrating its effectiveness at preventing transmission.

We remain concerned that a significant proportion (24 per cent) of people who were eligible to receive PrEP declined it. Research into this is underway and we look forward to the findings of this work.

Read the Welsh Health Minister’s statement on the second year of the PrEP study.

Visit the Public Health Wales website or the PrEP in Wales page on the I Want PrEP Now site for more information.

In April 2017, Scotland became the first country in the UK to approve PrEP to all those at risk, and has been prescribing PrEP to those at risk of HIV since July 2017.

Unlike in England or Wales, NHS Scotland chose a full rollout of PrEP without a trial or pilot first. It has also agreed to use generic versions of the drugs to reduce costs.

Since autumn 2018, all sexual health clinics in Northern Ireland have been offering an initial PrEP consultation and assessment appointments. Those eligible are referred to a centralised service in Belfast.

This project will run for two years. It is open to anyone in Northern Ireland who meets the eligibility criteria. There is currently no cap on numbers.

If you take PrEP as part of the pilot, you will need to visit a sexual health clinic four times a year for as long as you are taking part. You will also have a first assessment or consultation. 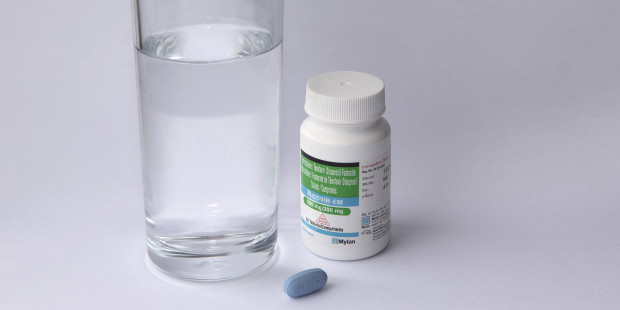 PrEP is a drug taken by HIV-negative people before and after sex that reduces the risk of getting HIV. Read more about PrEP (pre-exposure prophylaxis)
Thumbnail
Image 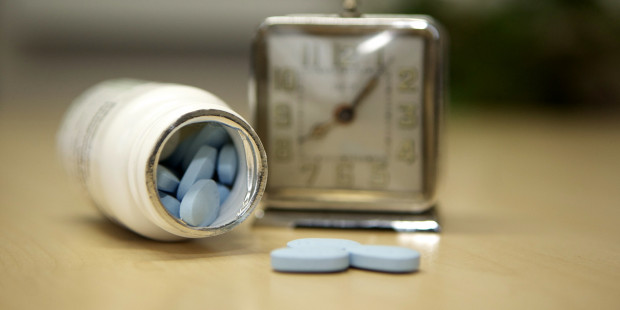 PEP is a treatment that can stop an HIV infection after the virus has entered a person’s body. It must be taken within 72 hours of exposure. Read more about PEP (post-exposure prophylaxis for HIV)